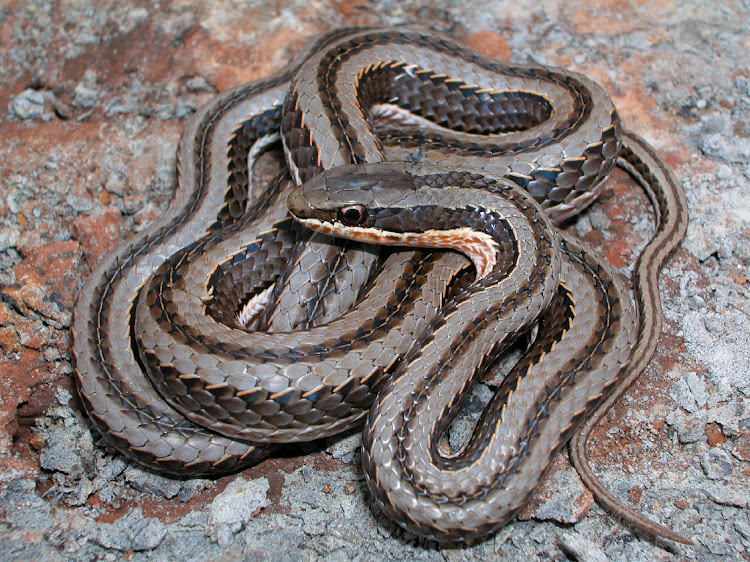 A research team from Rhodes University and the Port Elizabeth Museum has discovered a new species and genus of snake, and have named them in honour of two reptile scientists (herpetologists) from the Eastern Cape.

Psammophylax is the genus (similar to your surname) name of widespread African snakes commonly referred to as skaapstekers or “sheep‐stabbers”.

They are so named for the erroneous belief that they commonly bite and kill sheep.

The spotted skaapsteker, Psammophylax rhombeatus, is the most southerly distributed species of the genus, and is one of the most commonly encountered snakes in the Eastern Cape, and more specifically, East London.

Past studies focused on these snakes and their relatives, relied on only one representative from each species of Psammophylax.

More recently, a group of herpetologists, led by PhD candidate Chad Keates, conducted one of the most thorough genetic studies of the genus to date.

Their research focused on the evolutionary history of the group and used both genetics and head structure to delve into the relationships among the species.

The samples used in the study were sourced from all over Africa, with groups such as the Okavango Wilderness Project (National Geographic) being essential to the acquisition of several samples that were difficult to obtain.

Increased sampling in east Africa resulted in the recovery of a new species of skaapsteker from Tanzania.

Previously believed to be a synonym of the similar-looking Kenyan skaapsteker, the new snake had a completely different genetic makeup, resulting in the recognition of a new species.

“Prior to his career as a teacher, he was one of the best snake geneticists on the planet, and we decided to name it in his honour as he was the one who originally collected the samples that we eventually worked on to describe the new species.”

This was not Keates and colleagues Werner Conradie (Port Elizabeth Museum), Eli Greenbaum (University of Texas at El Paso), and Shelley Edwards' (Rhodes University) only contribution, however.

“Professor Branch was the curator of herpetology at the Port Elizabeth Museum until his retirement only a few years ago.

“Professor Branch recently passed away, but his legacy within the field of herpetology lives on in his numerous scientific contributions and teachings.”

Author of the best-selling book, Field Guide to Snakes and other Reptiles of Southern Africa, Professor Branch was one of Africa’s greatest herpetologists.

“It is for this reason that the new genus was named Kladirostratus (Branch’s Beaked Snake) in his honour,” Keates said.