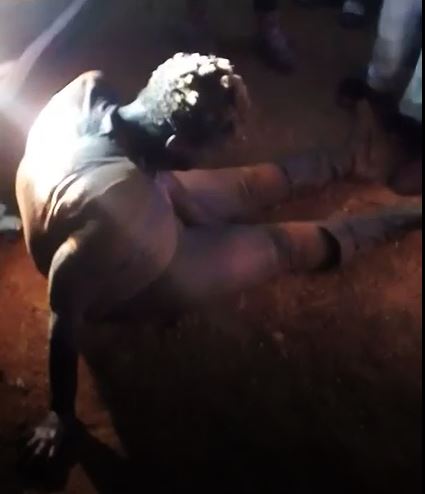 PITIFUL SIGHT: A screen grab from a disturbing video, apparently shot on Sunday night, of a woman being berated for being a witch in Wells Estate. On Monday morning, police found the badly beaten body of a woman in a bushy area nearby
Image: SUPPLIED

The brutally beaten body of a woman has been found in Wells Estate, near Motherwell, with police now on the hunt for her attackers.

Spokesperson Captain Andre Beetge said police received a tip-off from a resident at about 8am on Monday about a body that had been found in bushes nearby.

At the same time, horrifying video clips of a defeated-looking woman — surrounded by a crowd who accused her of being a witch — have emerged. The footage is believed to have been taken on Sunday evening.

Community members, some of whom were on the scene when the woman was beaten and accused of being a witch, say she was later killed.

Beetge said though it was difficult to give specifics surrounding the death of the woman found on Monday “there are suspicions and rumours that she was killed by a mob after being accused of witchcraft”.

He said police on the scene had indicated that the woman had been brutally attacked, her body was bruised and it appeared that she had snagged herself on a fence while trying to flee her attackers.

In one of the video clips, seen by The Herald, a woman is shown sitting on the ground in an open area, her head down.

Her hair, face and clothes are covered in mud. It is not possible to ascertain from the grainy footage whether she is injured.

In a second clip, the same woman is seeing lying on the ground, while another woman talks to a group of people who have gathered at the scene.

The woman, with a child on her back, claims the person lying on the floor had entered her home before slapping her child’s face.

“She slapped my child and then when she wanted to slap me I blocked her.

“She smacked my child again with a bucket, chanting ‘in the name of Jesus, I have been sent to you’. My sister screamed and went outside for help,” the woman says.

When a sangoma asks the woman on the ground where she is from, she says she comes from Peddie but now lives in Wells Estate. She says she has been sent to practise witchcraft. 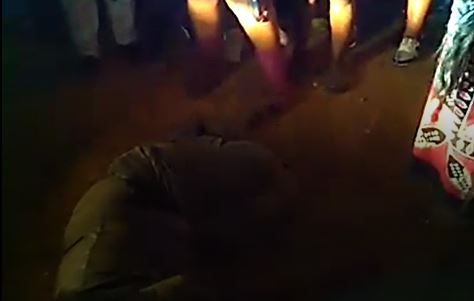 GRIM SCENE: A still image from a grainy video clip, apparently taken on Sunday evening, shows a woman lying on the ground in Wells Estate surrounded by people, some of whom accused her of being a witch. Police said the badly beaten body of a woman was found in a bushy area nearby on Monday
Image: SUPPLIED

A resident who was with the mob when the woman was questioned asked not to be named, saying he was afraid the crowd would turn on him for speaking out.

The man said he had been called by residents who said the woman had admitted to being a witch sent to the area to torment people.

“I have never seen such in my life,” the man said.

“The woman’s body was all covered with mud and her face so dark black as if she painted her face with charcoal.

“I left the mob with her and the next morning I went to work and when I came back I heard that she had died,” he said.

He said there were people in the crowd who told the mob not to hurt the woman.

A community member, who was also afraid to be identified, said mob justice was common in Wells Estate.

He said this behaviour was unacceptable and needed to be rooted out.

“It is believed that those who were involved are on the run after this was brought forward to the police,” he said.

He alleged there was more to the story because the victim’s accuser had known her and  had previously partied with her.

Beetge said no arrests had been made and urged people with knowledge of the incident to contact the police.