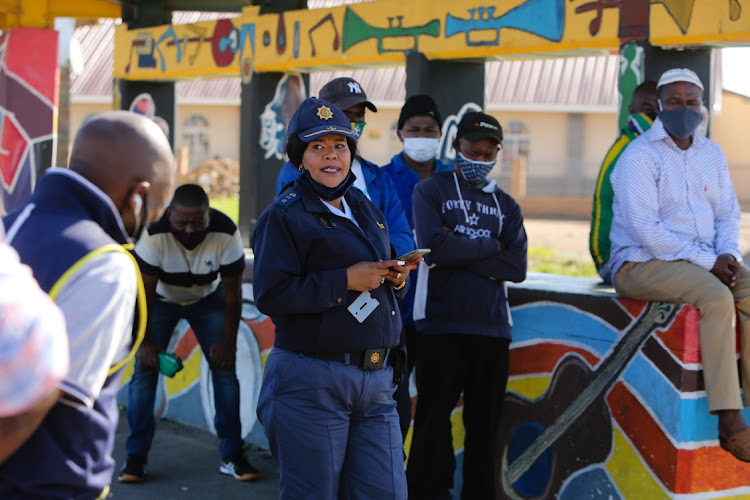 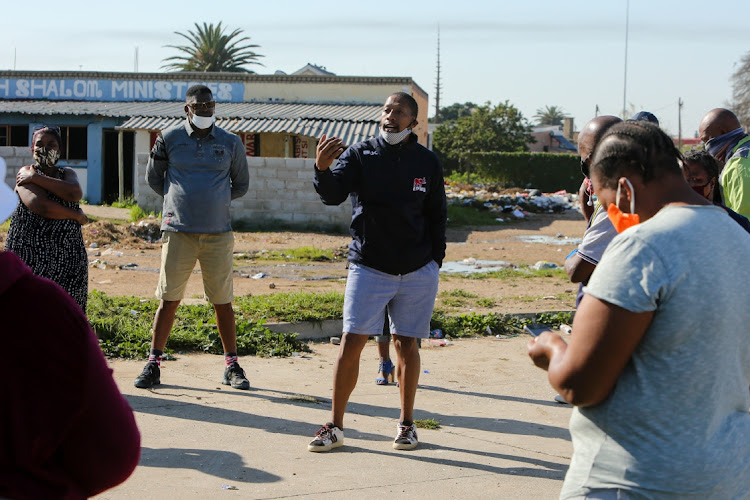 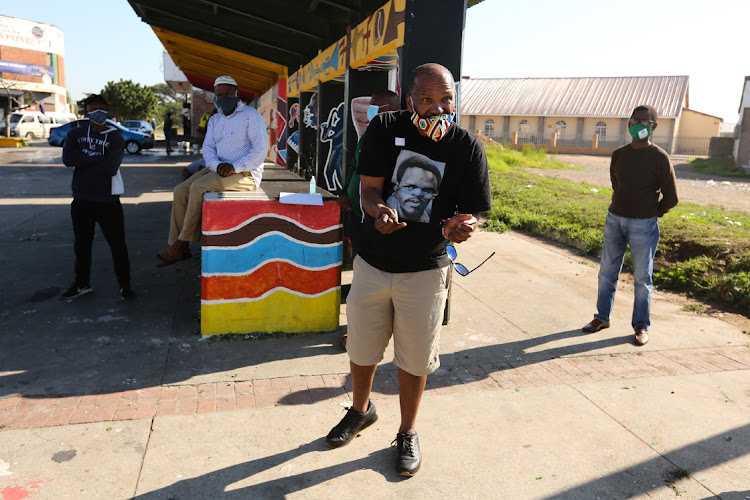 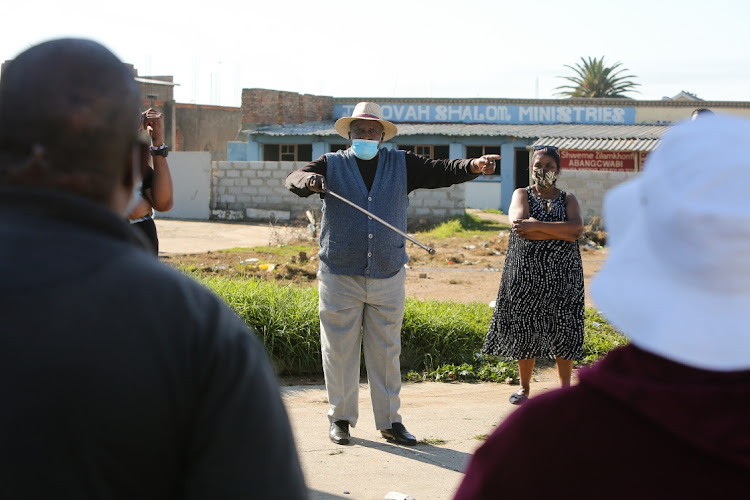 Large crowds of unruly teenagers drinking in public in Nelson Mandela Bay have caused a big headache for police — with stun grenades necessary to break up a party at the weekend.

After two weekends of decadent partying in New Brighton and Zwide — in defiance of the coronavirus lockdown regulations — police and community members met on Monday to try to find a solution to the problem.

The meeting took place at Embizweni Square in New Brighton, where a huge street party was held on Saturday night.

Videos showing the partying youngsters —  some whom police say were as young as 15 — have gone viral.

The videos emerged as the Eastern Cape coronavirus command council said it wanted the national government to reinstate the ban on the sale of alcohol in the province.

In the videos, more than 100 youngsters can be seen drinking, dancing, hugging and kissing at the square. None of the revellers are wearing face masks.

Police said when they tried to break up the party, the teenagers retaliated, pelting  police vehicles with stones.

Police also dispersed a crowd of people at an impromptu street bash in Zwide.

Premier Oscar Mabuyane confirmed on Monday that the provincial government was writing a formal letter to the national government, asking it to approve its request to ban the sale of alcohol in the Eastern Cape.

Mabuyane said the envisaged ban would last as long as the province had Covid-19 cases or until the country moved to lower lockdown levels.

He said since the ban on liquor sales had been lifted on June 1, there had been negative consequences, such as an increase in violent crimes and gender-based violence, which the provincial government could not ignore.

“Liquor is dangerous and we’ve observed serious abuse of alcohol since June 1, which is posing threats to the fight against Covid-19,” the premier said.

Mabuyane said there had been a noticeable increase in serious crime, as expected with the reopening of the liquor trade in the province and country.

Mabuyane said from June 1 to June 7 the following crimes had been recorded in the province:

• Driving under the influence of liquor where an accident occurred — 25 cases.

Mabuyane accused Eastern Cape residents of not consuming alcohol at home, which was required by the regulations under level 3 of the lockdown.

“Police in the province are already overwhelmed with ensuring social distancing and [ensuring] people are wearing masks on top of their daily duties,” he said.

“Look at what happened in King William’s Town where police broke up a house party [on Saturday night].

“This will negatively affect our front-line workers too, especially those who respond to motor vehicle accidents, because drunk people don’t normally listen and front-line workers won’t know who is infected with Covid-19, which would cause a ripple effect,” Mabuyane said.

The @DBE_SA opening schools but yet these kids were having fun yesterday night in P.E ,Zwide Kwa Lamani Garage..hugging and drinking alcohol..@CyrilRamaphosa why uthule my President??..i won't be surprised if all of them infected each other after this "festive" #schoolsreopening pic.twitter.com/IQ5k9dEgMJ

Speaking at the Embizweni Square meeting, a 56-year-old mother said she had a problem with her 17-year-old son, who had been suspended from school in 2019.

She said she struggled to control the boy, who had joined Saturday’s street bash.

“We are trying as parents and again the law is against using corporal punishment and we now plead with police to form partnerships so we can work together to fight this rising issue of underage drinking and substance abuse,” she said.

She urged the police to do everything in their powers to disperse youngsters who flouted the lockdown rules.

“We are pleading with the police to even use teargas to disperse these children gathering.

“We are also going to keep an eye on them as soon as we see them gathered,” the mother  said.

New Brighton resident Mike Bukani said on Sunday afternoon he and other residents had patrolled the streets of the township and had explained the dangers of Covid-19 and substance abuse to people.

“These are children who do listen when being addressed,” Bukani said.

“We don’t want to fight them but rather engage with them and come up with ways of keeping them busy.”

He said it was vital for police to partner with residents to fight the emerging trend of teens gathering at street bashes despite the pandemic.

“These are our children, I am fortunate that my son is not yet taking drugs.

“We are now appealing to the police. We must change and find solutions that we can use under the current lockdown,” he said.

New Brighton chief Velile Mfunda said the meeting was also a call to parents to be stricter with their children and control them.

“We have lived in this township for a very long time and this behaviour is totally [unacceptable].

“How does a parent sleep at night knowing that her child, especially a girl child, is not home?

“Parents need to step up and find ways to control their children,” Mfunda said.

New Brighton station commander agreed with the concerned residents to form partnership and fight the high rate of under age drinking but urge that the parents were the primary role players to fight the scourge. @HeraldPE pic.twitter.com/0UJq0qhjk7

Addressing the meeting, Tembani said youngsters drinking was a big problem and that six police vans had been pelted with stones at the weekend when the police stepped in.

“We need to understand that these children are the responsibility of their parents,” Tembani  said.

“I received the information about the gathering and sent six vans and they were attacked.

“They were many [teenagers] and we feared that they would attack all our vans and had to send POPS [public order police], who used stun grenades to disperse them.”

Referring to Monday’s initiative, Tembani said: “It’s rare to find residents standing up like this. I want to applaud you for that.”

She said policing was at its most efficient when community members got involved and assisted the police.

Concerned liquor traders in the area said they distanced themselves from the weekend incidents.

The Eastern Cape Liquor Board was also worried about the weekend’s events.

Spokesperson Mgwebi Msiya said the youngsters’ behaviour went against the government’s concerted efforts to reduce the spread of the coronavirus.

“We continue to urge people to drink responsibly and obey the regulations by consuming alcohol in their households.

“We strongly denounce the consumption of alcohol in groups as this contravenes social distancing requirements,” he said.

None of the revellers were arrested.