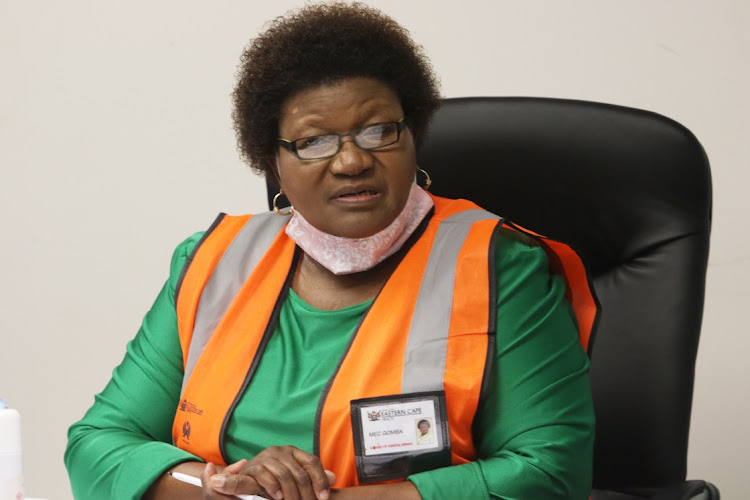 MANIPULATED CLIPS: Eastern Cape health MEC Sindiswa Gomba says the videos of herself that have gone viral are edited to tarnish her image
Image: MICHAEL PINYANA

Eastern Cape health MEC Sindiswa Gomba has condemned two videos that surfaced on Monday after the arrival of Cuban doctors in the province, saying they are a malicious attempt to tarnish her image.

On Monday, a video, where Gomba is heard saying she was disappointed that the Eastern Cape did not get white doctors like KwaZulu-Natal, went viral.

By Monday evening, a second video had surfaced.

In the video, Gomba, while fumbling over her words, farts.

Health spokesperson Sizwe Kupelo said the videos were both edited to misrepresent the MEC. .

“In the [first] distorted clip, the MEC can be heard apologising for the Cuban doctors not being “white”.

“In actual fact, she apologised to the premier because the doctors were not dressed for the occasion and were then given white coats.

“To then edit the clip to suit a certain narrative is malicious and is meant to present the MEC as a racist, which could not be further from the truth.

“Some bored and creative social media gurus manipulated the video to suit their misconstrued views.

“Another clip purporting the MEC to fart during a TV interview has also been shared widely.

“The MEC had to apologise for making a verbal mistake in a fluffed word to which some bored people then edited a sound as if she was apologising for farting,” Kupelo said, adding that the TV crew could attest to this.

Kupelo said it was unfortunate that faced with an “invisible enemy”, people would go out of their way to misrepresent the MEC as someone who was ill-mannered and a racist.

“While we appreciate our creatives, we want to call on them to use their special skills not to insult or paint people in a bad light,” he said.