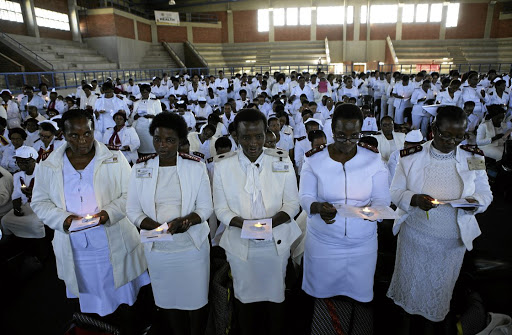 SA nurses were overworked, overwhelmed, and drowning in debt even before the Covid-19 pandemic struck, according to a study conducted at a large public hospital in Johannesburg.

The International Council on Nursing issued a warning last month about the increased stress and anxiety facing nursing staff in the face of the highly contagious Sars-CoV-2 coronavirus, which has created a host of new demands on front-line workers.

SA’s Covid-19 tally stood at 12,074 confirmed cases on Wednesday, with at least 580 health care workers among the infected.

These pressures come on top of the already stressful lives of SA’s nurses, who are financially responsible for an unusually high number of dependents compared to other wage earners due to SA’s high unemployment rate, said the study’s lead author Jennifer Cohen, assistant professor at the University of Miami and at the Wits Reproductive Health and HIV Institute.

“Financial stress ... was the first thing on everyone’s mind. They would be most stressed on the 15th of the month, when they get paid — they get tings on their phone [signalling] their deductions and are then left with very little,” she said.

The study, published in the Public Library of Science, found the dependency ratio for nurses was more than three times higher than it is for the average earner in SA. The dependency ratio measures how many people an individual supports.

For SA nurses in the study, it was 5.24; the average dependency ratio for earners in SA is 1.55. More than two thirds of the nurses surveyed (69) sent money to relatives outside their household at least once a month, and many had taken on debt to help parents renovate their homes or to pay for siblings’ education, said Cohen.

Only two of the 71 nurses who took part in the study were debt-free, while more than two thirds of the participants had taken loans from department stores, such as clothing and furniture retailers. They owed on average R5,400 on these accounts and paid on average R685 a month to service these debts alone.

The study highlighted an exhausting treadmill for many nurses, with little respite from caring for others and domestic responsibilities. Ward-based nurses who did 12-hour shifts and had children living at home had, on average, just 22 minutes of leisure time on workdays; spent almost three hours a day on domestic chores; and slept for an average of just 6.6 hours.

Those who did not have children living with them had about an hour of leisure time.

For nurses who did not live alone, their daily commute was their only time to themselves, but it was often time spent worrying about their responsibilities, said Cohen.

“They carry a mental load at work due to concerns about patients, and a constant mental load about responsibilities at home. That mental load for them, and for a lot of women, never goes away,” she said.

While many nurses regarded their stress and anxiety as a private matter, the fact that they experienced similar challenges indicated that these stressors were directly related to their profession, she said. Unions could play a far bigger role in advocating for changes, such as the provision of childcare at hospitals.