WATCH | Technology to the rescue in court proceedings 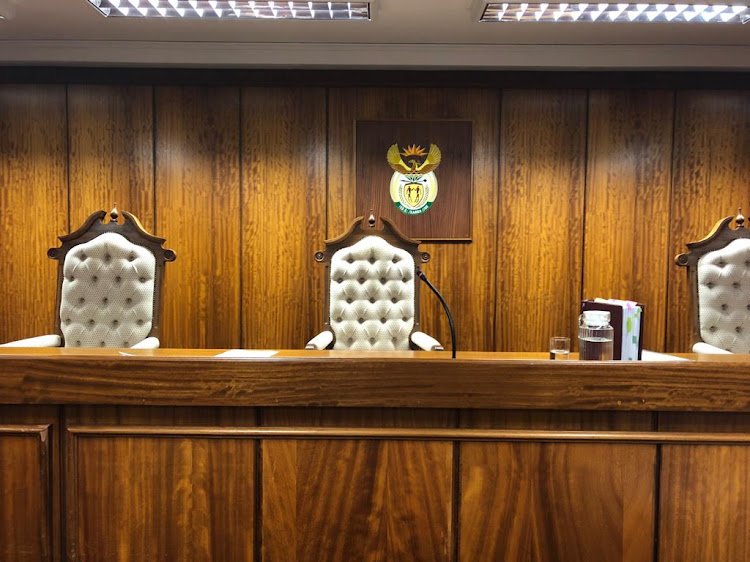 In an attempt to streamline court proceedings and deal with civil matters,  the Port Elizabeth High Court for the first time on Tuesday  used video streaming app Zoom to hear certain matters.

“As far as possible, courts need to continue during lockdown.

“Generally the technology worked well [and] hopefully we can continue with the work of the court,” Goosen said.

According to Goosen, the use of Zoom in dealing with unopposed applications and possible appeals in the motion court was an initiative of the Port Elizabeth High Court.

“There will be challenges with technology but we will overcome this [but] the initial effort went reasonably well,” Goosen said.

Goosen did not want to say what matter had been dealt with on Tuesday.

The initiative for using video streaming as an effective means of dealing with court matters where applicants and respondents were not necessarily needed in court stemmed from directives issued by the office of the chief justice, Mogoeng Mogoeng, on April 17.

Part of the directives included that if oral representations were required in court proceedings the judicial officer concerned may direct hearings to be heard via video streaming or conferencing.

If a matter cannot be dealt with by means of video conferencing or other electronic means, the matter would be postponed until after the lockdown,  the directives read.

As for criminal trials, Mogoeng’s directives included that all criminal matters must be postponed to after the lockdown even if the accused or awaiting-trial prisoner was not present at the postponements.

Further directives included that cases emanating from activities associated with disaster management may be heard in open court provided that the presiding officer deemed it necessary.

Otherwise, those matters may be dealt with through the use of video conferencing or other electronic means.

Defence attorney Lunen Meyer told The Herald on Tuesday that Goosen’s initiative in using video conferencing was an “excellent initiative”.

“I must commend the judges of this division in implementing this initiative, especially considering the minimal amount of time used for planning and facilitation,” Meyer said.

After watching the first streamed motion court proceedings, Meyer said it appeared to have worked well.

“This goes to show that the administration of justice has not stopped during the lockdown,” he said.

Attorney Wilma Espag-Van der Bank said though still in its infancy, the initiative was welcomed.

“I think it is a good idea. Going forward it could help reduce time and save time in court.

“It is definitely a move in the right direction.

“We should all embrace it,” Espag-Van der Bank said.

South African Judiciary spokesperson Nathi Mncube said though no official decision had been taken to use Zoom for motion court matters,  it might well be that a few judges were using it in their private capacity.