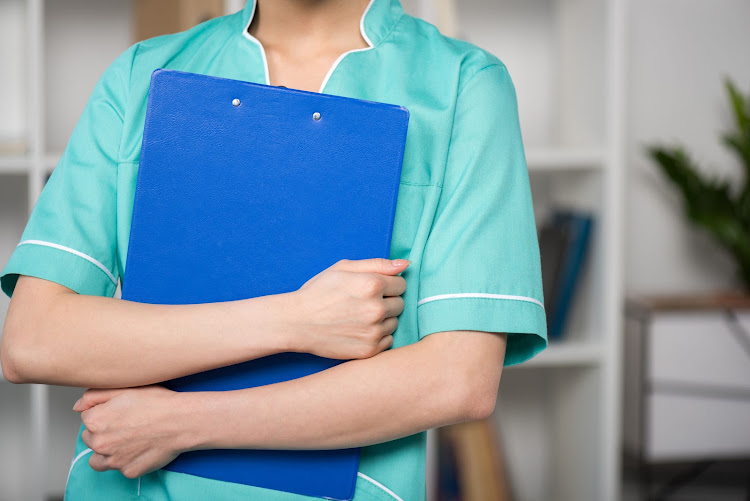 Two Free State nurses were shot by police with rubber bullets, trade union Nehawu claims. However, the police say they know nothing about it. Stock photo.
Image: 123rf/lightfieldstudios

Police shot two nurses from the Bongani Regional Hospital in Welkom during a scuffle, the National Education, Health and Allied Workers' Union (Nehawu) alleged on Tuesday.

Police, however, denied receiving such reports.

The turmoil erupted when health service providers were renegotiating an arrangement to have the hospital arrange transport for them during the Covid-19 lockdown.

The nurses, according to Khauhelo Mnqibisa, regional secretary of Nehawu, were in a meeting with their CEO when police stepped in.

“It was not a strike. When lockdown started, the employer agreed to provide transport for our members to come to work.

“But yesterday [Monday] things changed. We learnt this arrangement was changed. They were compelled to travel on their own from last night,” Mnqibisa said.

This must be one of the saddest days in the SA lockdown history. I am informed the nurses at Bongani Regional Hospital, Welkom are protesting bcs they have to work without PPEs, they were being dispersed by the police with stun grenades and rubber bullets. My heart is bleeding. pic.twitter.com/7F9o1FOKl3

It appeared the transport arrangement was initially made with an acting CEO, but when the actual CEO came back, it was cancelled.

“The challenge is that public transport was not able to carry all of them. This morning they gathered and wanted to meet the CEO. The police came and there was havoc.

“Two members were injured as a result. They were shot with rubber bullets. After the incident, we had a meeting with management and the employer will avail the transport. We can’t tell how the police got involved,” Mnqibisa said.

“On March 31 about 6.35am, a protest by employees of Bongani Hospital took place at the entrance of the hospital.

“Police contained the incident by dispersing the protesters with stun grenades and rubber bullets. The disgruntled employees were complaining about transport problems. A case of public violence was opened for further investigation. No arrest and no injuries have been reported so far,” Mbambo said.