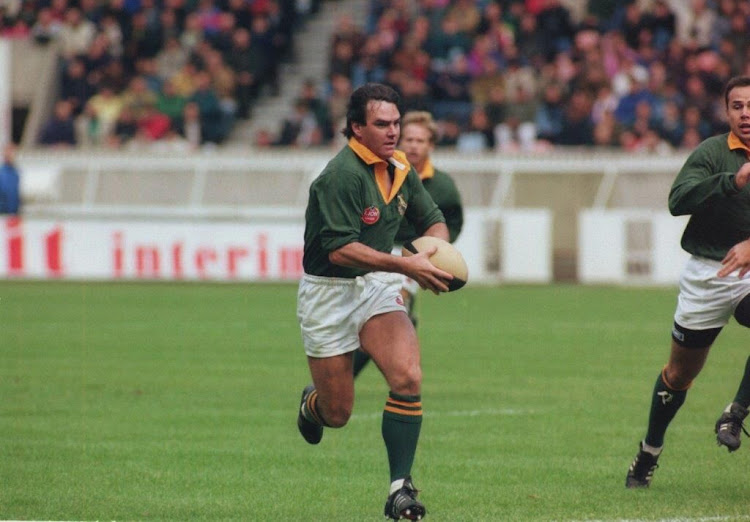 Gerber, 61, was diagnosed in Port Elizabeth on Friday.

The World Rugby Hall of Fame star, who lives in Bluewater Bay, played 24 test matches for the Springboks between 1980 and 1992.

In an interview at 10pm on Friday night, Gerber was in high spirits stating that he only found out in the afternoon.

“I am shocked. I cannot believe it. I am just worried about my family now. They are now awaiting results.”

Gerber said he had been on about six different aircraft over the past two weeks including flights between Johannesburg, Pretoria and Cape Town.

“I have no clue where I could have gotten it. I have been playing golf in several places and travelling all over (SA). I have been on six aircraft and in contact with a lot of people.

“Whoever I have been in contact with, please check for symptoms and get yourself tested," he said.

Gerber said earlier this week his body had been sore and he had a fever.

“I was in pain and went to get it checked out. I then went to the drive-through test centre (in Port Elizabeth) on Thursday and they phoned me on Friday afternoon.

"I am shocked that I was positive.

“I am currently at home in a room that I cannot leave. It is starting to sink in and it is very scary.”

Gerber said he had spoken to his doctor who had told him to self-isolate.

“When you do the test you fill in the forms and state where you have been. So they (the department of health) have it but they have not contacted me.

“I am feeling fine besides feeling sore. I have no other symptoms, no cough or anything like that. Luckily I stay fairly fit so I think that has helped me as well.”

Gerber, who was inducted in the International Rugby Hall of Fame in 2007, had a triple bypass heart operation a few years ago.

“So I am a bit worried about that but my doctor said that if symptoms manifest I need to call them. At the moment I am fine,” he said.

“I must say that it is going to be very challenging staying inside one bedroom for two weeks.”

Gerber warned people to stay off the streets.

“I see on social media and everywhere that people are still walking and driving around. It is total madness. Stay at home! This is serious and I can tell you that it can happen to anyone.”