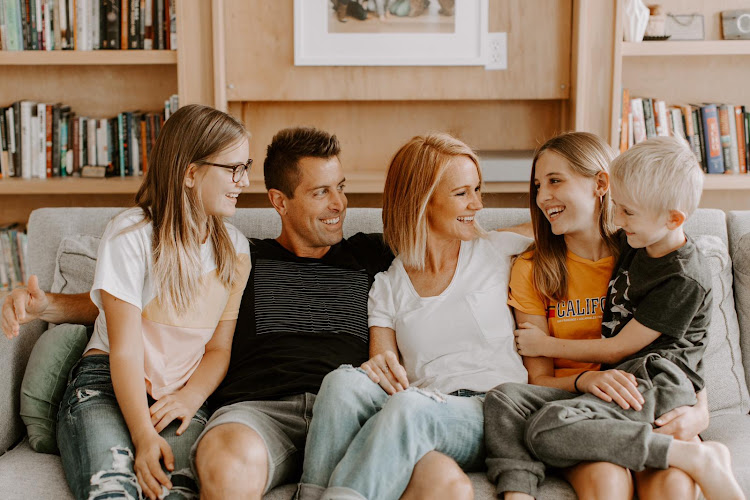 The worldwide premiere of Christian romantic faith-based movie, I Still Believe, has been an opportunity for former Port Elizabeth singer Adrienne Camp to share her family’s poignant story — including in her hometown.

Adrienne, née Liesching, the wife of well-known US singer Jeremy Camp, said the first country she looked for was SA when a list of countries where the movie would show was finalised.

I Still Believe details Jeremy’s faith in God during trying times when he lost his first wife, Melissa, to ovarian cancer just three months after they were married, and his journey of recovery from that heartbreak until he met Adrienne.

The film, based on Jeremy’s song of the same name, premiered in 80 countries and opened in SA cinemas on March 18.

“The most exciting thing about the movie for both Jeremy and I is having it shown in so many different countries and, of course, as soon as I got the list of the countries I looked to see if SA was included, because though I’ve lived away from home for 19 years I am still a South African,” Adrienne said.

The former Victoria Park High School pupil left SA in 1999 to tour the US with then well-known Port Elizabeth rock band The Benjamin Gate, for which she was lead singer.

“His story about himself and Melissa touched me and inspired me.

“I was blown away by their story of faith, and how strong both were, and it touched me deep into my heart,” Adrienne said.

“The biggest thing I’d love people to take away from the movie is that there is hope even in the midst of the hardest time.

“Jeremy and I found that hope in Jesus, but even for people who are not believers I pray that this movie gives hope and shows that none of us are immune to hardships,” she said.

I Still Believe – In Theaters March 13, 2020. Starring KJ Apa, Britt Robertson, Gary Sinise, and Shania Twain. Subscribe to the LIONSGATE YouTube Channel for the latest movie trailers, clips, and more: http://lions.gt/youtubesubscribe #IStillBelieve https://istillbelievemovie.com/ http://facebook.com/istillbelieve/ https://twitter.com/istillbelieve/ https://www.instagram.com/istillbelieve/ From the makers of I CAN ONLY IMAGINE comes the true life story of Christian music mega star Jeremy Camp. Jeremy’s remarkable journey of love and loss proves there is always hope in the midst of tragedy and that faith tested is the only faith worth sharing.

While the story is mostly centred on Jeremy and Melissa’s life, Adrienne’s role does also feature.

“Don’t expect too much about me as the plot is centred on Jeremy and Melissa, but I do sneak in here and there and our son also appears briefly in the movie,” she said.

Jeremy is portrayed by actor KJ Apa and Melissa by Brit Robertson.

Adrienne is played by Abigail Cowen.

Adrienne said the movie had been in the works for years and saw Jeremy relive memories from his past.

“Going into this, Jeremy and I knew it was going to be hard to relive the pain, but we wanted to bring the world a message of hope — that God has been faithful to us and our faith has got us through — but at the end it was all worth it.

As Jeremy’s support system I checked in with him, hugged him, and we prayed and cried together a lot,” Adrienne said.

Adrienne’s parents, Wendy and Rory Liesching, attended the preview of the movie at Baywest Ster Kinekor on March 13 and described the experience as overwhelming.

“As parents, we are so privileged and proud.

“We hope the movie will give hope to many people out here,” they said.

Having dropped the mic to focus on family and missionary work, Adrienne said Jeremy’s music career had kept the family in the spotlight, which had prepared them for any additional attention they might get from the film.

“With this movie being shown in almost 80 different countries, we do realise that there’s a certain level of privacy that we have to compromise as a family, but it’s an honour to be in a position of influence.

“So we’re trusting that if God has given us this position, he’ll give us the strength to walk it out,” she said.

Adrienne and Jeremy hope to tour SA one day.

“I miss my hometown so much.

“It’s forever in my heart and I’m forever grateful for having grown up in SA.

“It’s such a beautiful country.

“I just want to encourage everyone to look after it — it’s a treasure,” Adrienne said.

I Still Believe is showing at Baywest Ster Kinekor and the Boardwalk NuMetro.