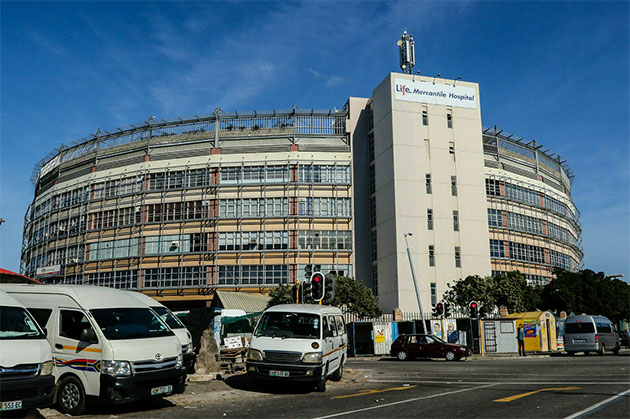 One person was killed and two others wounded in a shooting outside Mercantile Hospital. File picture

A swift investigation by the members of the provincial organised crime unit after a shooting which claimed the life of one man and wounded two others outside Mercantile Hospital on Friday has led to the arrest of a 23-year-old gang affiliate.

On Friday, Gelvandale police responded to a reported shooting at 2.25pm on the corner of Durban Road and Cottrell Street in Korsten.

Police spokesperson Colonel Priscilla Naidu said police had found the body of a 28-year-old man on the pavement.

“The deceased, Jimmy Valentine, 28, and two other males were standing at the corner of Durban Road and Cottrell Street, waiting for a taxi.

“It is alleged that as the taxi arrived, three males ran in front of the taxi and started shooting at them.

“Valentine sustained several gunshot wounds and succumbed to his injuries at the scene,” she said, adding that the other men had escaped uninjured.

Naidu said stray bullets had hit two innocent people who were standing nearby at a barber shop.

According to Naidu, a 25-year-old man, who police are not naming, was waiting to get a haircut when he was shot and suffered gunshot wounds to a hand and his buttocks.

Naidu said the second casualty was a 30-year-old barber, who had suffered a gunshot wound to the abdomen.

“The wounded were taken to hospital,” she said.

“It is further alleged that two suspects pointed a firearm at a 39-year-old driver of a Ford Ranger bakkie.

“They got into the bakkie and ordered him to drive off, while the other suspect ran off on foot.

“The suspects got off further down Durban Road.”

At about 10pm on Friday, anti-gang unit members followed a lead which led them to the home of the 23-year-old suspect in Springbok Street, Gelvandale.

“The suspect was found at his mother’s house.

“The suspect was also in violation of his bail conditions as he was out on bail in an attempted murder case,” Naidu said.

The suspect was detained on charges of contravening his bail conditions, murder and two counts of attempted murder.

He is due to appear in the Port Elizabeth Magistrate’s Court on Monday.

Police said the search for the other two suspects was still under way.

Anyone who can assist the police in tracing the suspects is asked to contact the nearest police station or Crime Stop on 08600-10111.

All information is strictly confidential and callers have the right to remain anonymous, Naidu said.