Bay search and rescue team extends help to other metros 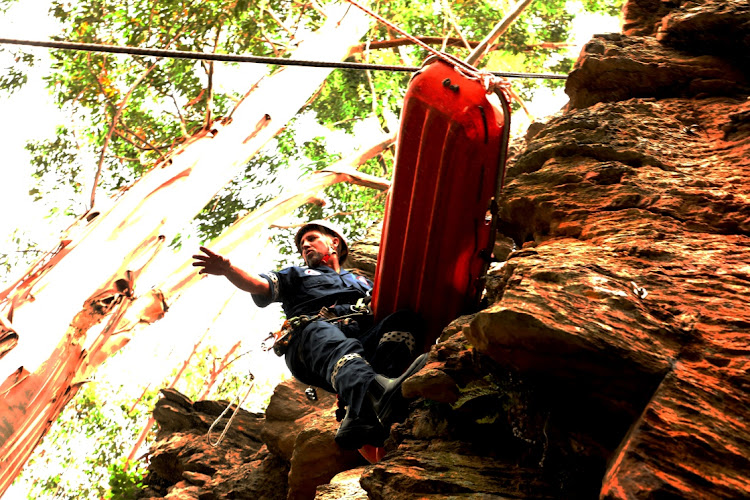 This was revealed at the weekend when members of the unit were put through their paces as part of a mock mountain rescue drill.

The exercise took place in the Baakens Valley at the Masekane rock climbing facility in Sunridge Park.

The unit is part of the municipal disaster management and safety and security directorate.

Disaster-management chief Shane Brown said the drill took place in the wake of 79 operations in and around the metro last year.

“Our team assists the SA Police in [finding] missing persons as well.

“Of these rescue operations, the majority were missing persons, with the odd kidnapping,” he said.

While no mountain rescues had been reported last year, the team remained on standby if needed.

“Most of our search operations involve the SA Police, requesting search dogs and search teams to co-ordinate and locate a missing person,” he said.

Most of the cases involved runaway children or people who failed to return home after work.

“Once mobilised we use several advanced methods to assist detectives,” he said.

The team was also involved in the search for the three missing toddlers from Motherwell who were lost in the bushes for almost two days in February 2019.

“They were located in the Amanzi area between Port Elizabeth and Uitenhage, about 7km from where they went missing.

“One of the new gadgets used is a thermal imaging camera which allows our teams to search in darkness.”

Bay safety and security boss Keith Meyer said the unit was fully geared and had remained on standby throughout the festive season.

“We had only a few call-outs, which is a good sign.

“The members and the fire and traffic department as well as the metro police assisted with operations,” he said.

Meyer said in 2020 the team would undergo additional training to assist other metros with disaster situations, including runaway fires.

He said the team had also assisted in finding a missing Port Elizabeth woman in Hogsback.