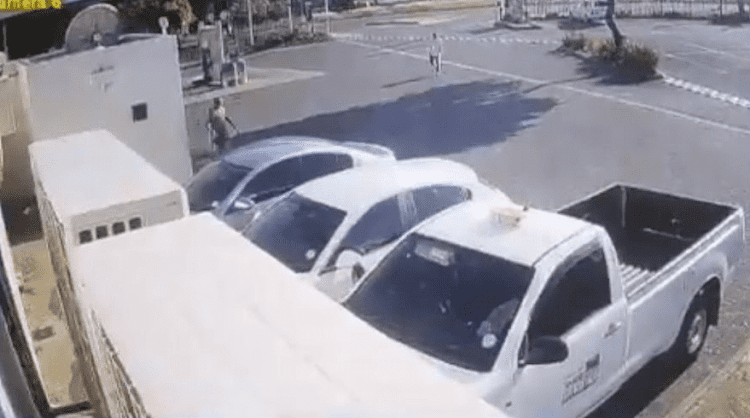 Two men in a silver Mazda 2 or 3 allegedly stole two laptops from another car parked outside a BP garage in Midrand.
Image: Screenshot/Twitter Yusuf Ambramjee

A passenger in a silver Mazda sedan reportedly stole belongings from another parked vehicle outside the BP garage on the corner of Bekker and Le Roux streets in Midrand, according to footage captured by CCTV.

The video footage shows the silver Mazda parking at the garage and a man exiting the vehicle and walking away.

As the man in the front seat re-enters the car, the passenger in the back seat exits and appears to take something out of the vehicle parked to the right of the Mazda.

The passenger gets into the car and the Mazda drives off as viewers of the CCTV security footage piece together what is happening on screen.

One viewer of the footage can be heard saying: “Oh it's [those] people with the car? There they go, both laptops gone.”

Another viewer remarks: “That was quick, hey.”