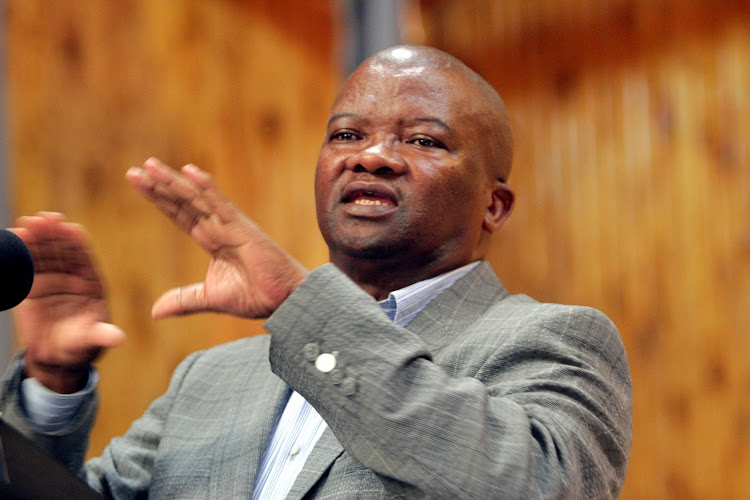 It is either COPE or Mongameli Bobani.

This was the ultimatum issued to the DA by COPE, its long-time ally, on Wednesday.

Responding to reports in The Herald that the DA and UDM were in talks and thrashing out coalition options, COPE councillor Siyasanga Sijadu said they were “extremely disturbed” by the news.

“These talks are an insult to COPE and an even greater slap in the face to the people of Nelson Mandela Bay.

“When we removed Bobani as deputy mayor in 2017, we did so knowing that the decision would not be popular, but it was the correct decision based on solid principles.

“Bobani would later be placed in the mayor position by the ANC, UF, AIC, EFF and PA in 2018.

“In just over a year of assuming office, the so-called ‘black caucus’ also saw the man for what he is — a power-hungry madman with no moral compass.

“It now boggles the mind that the DA would even entertain the thought of governing with the UDM,” Sijadu said.

After the 2016 municipal elections, COPE formed a pact with the DA, ACDP and UDM and they ran the city through a coalition government for two years.

When the relationship between UDM and the DA, COPE and ACDP soured, the UDM formed a coalition with the ANC, UF, AIC and PA, with Bobani as mayor.

Sijadu accused Bobani of turning the metro into a “spaza shop” during his time as mayor, adding that the UDM had failed to discipline him.

“This sordid rekindling of a love affair that ended in disaster before is a sign of desperation and scraping the bottom of the barrel.

“How do we justify removing a mayor in December and possibly bringing him back into government?” she questioned.

She concluded this might mean COPE would have to reconsider its relationship with the DA.

Holomisa said he had accepted an invitation to meet the two, but did not know what they intended to discuss with him.

“Regardless, I have no position going into this meeting.

“I will just hear them out.

“We don’t know what they will come with,” he said.

HeraldLIVE reported on Wednesday that talks between councillors of the DA and smaller political parties, including the UDM, are set to take place in Port Elizabeth on Wednesday as they jostle for control of the city.

Discussions have intensified in the last week, with all nine of the Bay’s parties thrashing out coalition options.

It emerged on Tuesday that the DA and UDM were already in talks along with the UF, AIC, COPE and ACDP  — which, together, would make a majority in the council with a combined 63 seats out of 120.

None of the parties have made a definite decision yet as to how they will align themselves to form a new government.

But a decision will have to be made within the next two weeks, with a council meeting scheduled for January 30.

Holomisa said he was not surprised the DA had approached the UDM.

“The DA has been sleeping around with many political parties.

“They went to the PA when the wanted to oust Bobani.

“They then went to the ANC to oust Bobani.

“I really don’t know what they are coming up with this time,” he said.

“We will hear them out but my experience in coalitions is that no position is cast in stone.

“You have to listen and weigh up your options.”

Zille previously declined to comment on the talks with the UDM, while Steenhuisen could not be reached.

But DA Eastern Cape leader Nqaba Bhanga said the political leaders would discuss how to take the city forward.

“A part of the meeting would be to re-evaluate the previous coalition and see if new strategies can be brought up,” he said.

Former mayor Athol Trollip, in reacting to the news that the UDM was in talks with the UDM about joining forces, said it was just another hare-brained scheme concocted by Zille.

“This smacks of another hare-brained Mamphela Ramphele type scheme by Zille,” Trollip tweeted.

Just five days after an announcement that former Agang SA leader  Ramphele was joining the DA and standing as its presidential candidate for the 2014 general elections, that marriage ended.

“Bantu Holomisa cannot be trusted in any coalition, and the DA would do well to consider his outrageous insults and betrayal of the party and its leadership before even thinking about dealing with the UDM,” Trollip wrote on Twitter.