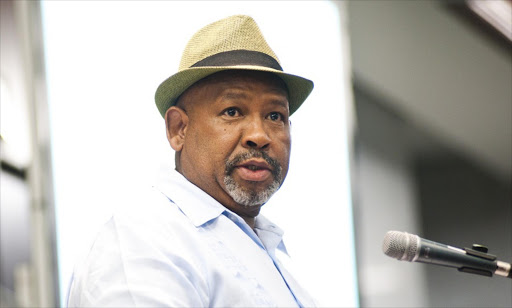 Eskom board chair Jabu Mabuza has resigned from the board of the power utility a day after Deputy President David Mabuza said the board misled President Cyril Ramaphosa on load-shedding.

The presidency said in a statement that Mabuza tendered his resignation on Friday.

Minister of public enterprises Pravin Gordhan accepted Mabuza’s resignation from the position he had been in since 2018.

“In his resignation letter Mr Mabuza apologised for Eskom’s inability to meet the commitment it made to the president, the deputy president and the relevant ministers at a meeting on December 11 2019 to avoid load-shedding over this period,” Ramaphosa’s spokesperson Khusela Diko said.

At this meeting, Eskom presented plans to ensure that the risk of load-shedding would be eliminated during the holiday period until January 13 2020. Eskom also outlined the risks affecting the national grid.

“President Ramaphosa has expressed his gratitude to Mr Mabuza for serving Eskom and the nation during a challenging period and has commended Mr Mabuza for taking responsibility and accepting accountability for events under his leadership,” Diko said.

“They’ve misled the president, but right from the day we went there with the president I insisted on maintenance,” he said to journalists on the sidelines of an ANC blitz in Kimberley on Thursday.

In response Diko said the deputy president did not infer any malicious intent.

“In the wake of Mr Mabuza’s resignation, government will soon announce a reconfigured Eskom board with the appropriate mix of electricity industry, engineering and corporate governance experience,” Diko said on Friday.

She said the government continued to support the measures being taken by Eskom to restore reliable electricity supply as a matter of priority, and was proceeding with measures to introduce new generation capacity — including self-generation — in the shortest possible time.

I led the Eskom Board and Executives in a meeting with your Honorable selves on the 9th of December 2019. The meeting was to appraise you with the plant performance that had led to stage 6 load-shedding, leading to you, inter alia, shortening your visit to Egypt. It was to share with you what we planned to do to ensure that the risk of load-shedding is eliminated during the holidays. We presented plans that I had accepted as the actions we were going to take to ensure that by 13 January 2020 our UCLF is no more than 9500MW. The risks were equally highlighted.

You accepted our plans and on the strength of those plans you announced to the Nation that there would be no load-shedding till 13 January.

On Saturday, 4th of January 2020 we implemented Stage 2 load-shedding on the back of other unforeseen breakdowns.

In the circumstance, the promise you gave to the Nation on the reliance you placed on our plans was not met. For this, Mr President to you, the Deputy President, the Minister, I apologise.

Accordingly, I offer my immediate resignation as the Leader and Chairman of Eskom.