"If this lash-back had not happened, I most likely would have moved on to something else as an artist. I felt I had reached an end point in that vein of expression," Louw said during an interview with TimesLIVE over Skype on Thursday.

"However, considering the outcry surrounding my art and the various ideas and debates associated with that, as an artist I feel compelled to continue in that vein of expression.

"The majority of work I will make in the foreseeable future will continue this critique of religion and organised religion as well as put forward my own commentary about this outcry on social media," said Louw.

The 18-year-old earned eight distinctions in his matric exams, including 99% for the artwork that stirred debate and outcry in October last year.

His art went viral after a video showing a Richards Bay pastor, Andrew Anderson, denouncing as satanic and demonic Louw's drawings and sculptures which Louw had submitted as part of his final art assignment.

"I'm very interested in creating a sequel to the 'A Spectrum of Belief' sculpture installation I produced. That was the five figures cast from polyurethane foam and my body which were covered in pages torn from a Bible. There are a number of modifications to that which I am willing to pursue", said Louw. 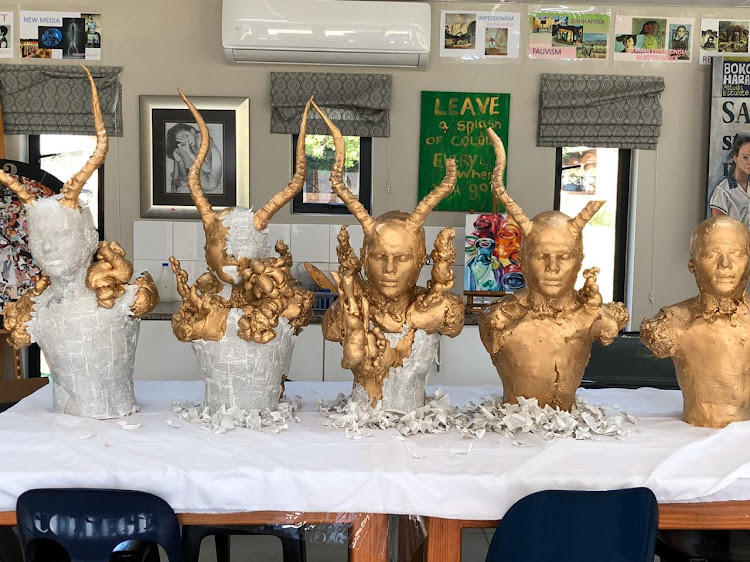 Louw will move to Cape Town next week to study physics and astrophysics at UCT while also pursuing a career in art.

Louw sold the majority of his artworks displayed at his matric exhibition and is in discussion with "numerous galleries in SA" to exhibit more of his art.

A three-part documentary showcasing Louw's weeks following the intense outcry about his work on social media is set to be released this month.

Watch a longer-form video of the interview with Gary Louw here.