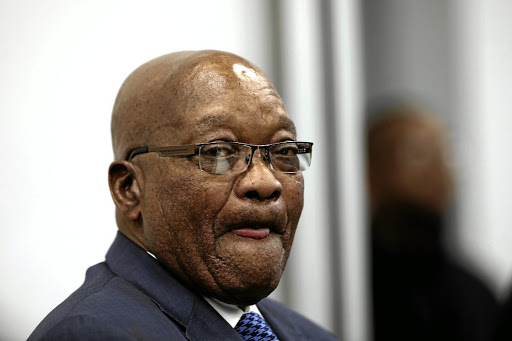 Former president Jacob Zuma has been hospitalised in Cuba because of 'complications relating to poisoning'. / SANDILE NDLOVU

Former president Jacob Zuma's lawyers have told the Zondo commission of inquiry into state capture that he will not meet today's deadline to respond to an application by journalist Redi Tlhabi to cross-examine him because he has been hospitalised in an undisclosed foreign country.

The letter from Zuma's lawyers was sent days before the Sunday World yesterday reported that the former head of state, who did not appear before the Zondo commission of inquiry on his scheduled appearance dates of November 11 to 15 because of alleged ill-health, has been hospitalised in Cuba because of "complications relating to poisoning".

Presidency spokesperson Khusela Diko referred requests for comment on whether it had been briefed about Zuma's reported ill-health and its cause to his spokesperson, who has not responded to requests for further information about his hospitalisation and his reported "poisoning".

Earlier this year, the National Prosecuting Authority declined to prosecute Zuma's wife Nompumelelo Ntuli-Zuma over an alleged plot to poison him - largely on the basis that there was no medical evidence that he had, in fact, been poisoned.

Deputy chief justice Raymond Zondo's office has previously told Sowetan sister publication Business Day that he had not sought any medical proof from Zuma's lawyers about his ill-health, but "may request a doctor's certificate should he wish to" in the future. It further hinted that Zondo might consider subpoenaing Zuma should he fail to appear before the inquiry without proper justification.

Zondo last week gave Zuma until today to indicate whether he would oppose an application bought by Tlhabi to cross-examine him over the testimony he gave in July.

Tlhabi has accused Zuma of making seven false and defamatory comments about her, including that she was part of a group of people who conspired to attack the former president's character.

"If the former president, Mr Jacob Zuma, wishes to say anything in opposition to Mrs Redi Tlhabi's application for leave to give evidence and cross-examine him, he must deliver written submissions to the secretary on or before Monday, 9 December 2019," he said.

The commission is yet to indicate how it will respond to Zuma's ill-health, which looks likely to be a basis for his lawyers' arguments that he is unable to appear before Zondo in the near future.