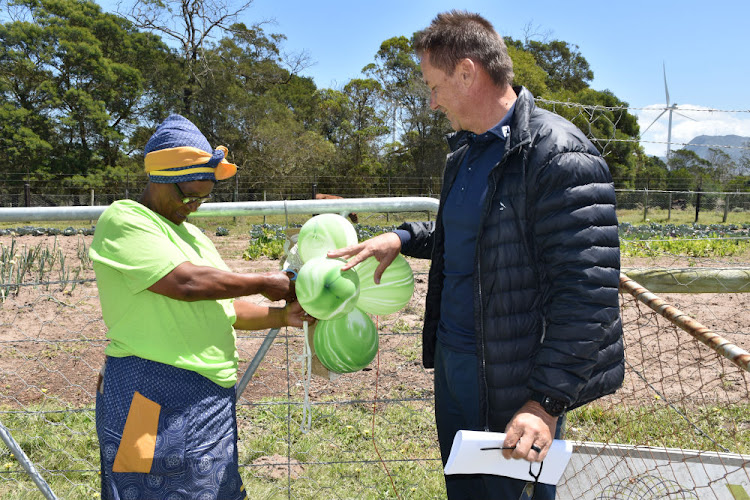 The initiative, officially launched by MTO CEO Greg Woodbridge, officials from the department of environment, forestry and fisheries, as well as departments of education and social development, is aimed at alleviating poverty and building sustainable communities.

“As MTO, we had a choice to either keep quiet or investigate further and see what we could contribute to enabling economic transformation.”

“With food you can never go wrong.

“If you have the land and access to resources such as water the rest comes easy,” Langeni said.

The Tsitsikamma Community Food Gardens are represented in various forms — in backyards, open fields and at schools.

The first two years will focus on prepping soils, planting and creating awareness.

In year three, income generation will be introduced and this will continue until year five.

“We ultimately want to assist the Tsitsikamma community with finding sustainable markets.

“Tsitsikamma has immense potential and I believe we will succeed.”

Langeni’s words were echoed by  acting director of the department of environment, Nomalwande Mbananga, who urged Tsitsikamma stakeholders to “dream big”.

“There is no sustainable forestry or agricultural management without people,” Mbananga said.

She added that, as organisations grew, so too should communities.

“This could be a good pilot and there is potential to roll this out in other provinces.”

Thirty-five community gardens have already been established in Tsitsikamma, with more to follow.

MTO also announced that, while it would continue to expand the food gardens project in Tsitsikamma, it also had plans to roll the initiative out in other areas.