FLASHBACK: What Siya Kolisi's dad said when he was made Bok captain 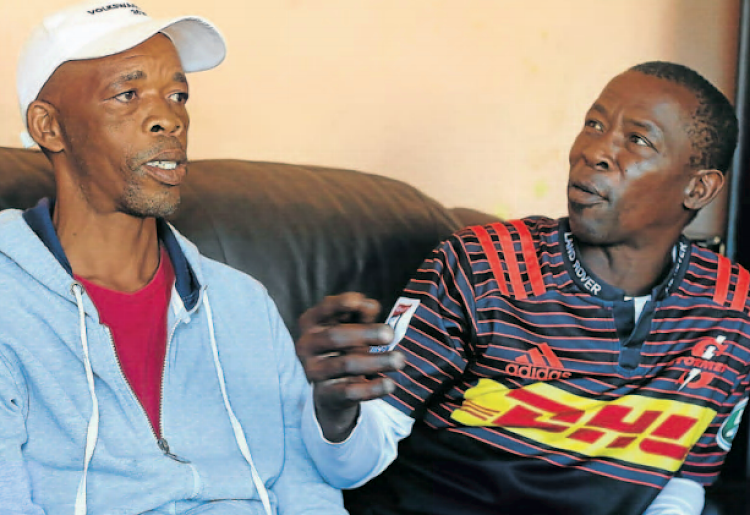 It has been a little more than a year since Siya Kolisi was announced the new Springbok captain.

Now, as he prepares to lead the team into the 2019 Rugby World Cup final, we remind you what his father, Fezakele, said at the time in 2018:

Siya Kolisi ’s fascination with rugby started when he was three years old during the 1995 Rugby World Cup, where he mastered the Haka while watching the All Blacks on television with his father at their home in Zwide, Port Elizabeth.

And since the news of his appointment as Bok captain this week, his father, Fezakele Kolisi, 49, said their Mthembu Street home had been a hive of activity, with well-wishers constantly knocking on the door.

“Some people stop me in the street and others just come to the house to congratulate us on his achievement,” he said.

“It is unbelievable. The phone has also been ringing non-stop.”

When South Africa hosted the World Cup, Siya learnt how to perform the Haka – the Maori traditional war cry challenge – when he was only three years old.

“At the time he was an ardent supporter of New Zealand’s All Blacks. We watched a lot of the World Cup games on television,” Fezakele said.

“Each time I returned from work, he would wait for me at the gate and demonstrate how the Haka was performed.”

The former Grey High pupil has made massive strides since he was plucked out of obscurity when he was spotted playing at a schoolboy tournament in Mossel Bay.

Tall flanker Siya, 26, will be the 61st Springbok captain – the first black African to skipper a test side in the team’s history – for the series against England next month.

Rugby World Cup 2019: All the thrills and spills

Born on June 16 1991 at Dora Nginza Hospital, Siya made his debut for the Springboks against Scotland 22 years later.

He has since played 28 tests for his country along with being selected for South Africa’s U20s, the Stormers and Western Province.

But his father is not surprised at his son’s success on the field as he said rugby runs deep in the family – starting with his grandfather, Jan Kolisi, 36, who died in 1974.

Jan and Fezakele played for various clubs around the city as flank and centre, respectively.

Fezakele said he and Siya’s mother, Phakama Qasana, who was 44 when she died in 2003, had been young when their son was born and he had moved to Cape Town for work in 2001.

Siya was then raised by his grandmother, Nolulamile Kolisi, who died at the age of 66 in 2003.

“He used to be very polite and quiet during his childhood days but one thing that I picked up was that he liked playing with other kids – more particularly he loved to run,” Fezakele said.

His early childhood education was first at Ntyatyambo Lower Primary, then Emsengeni Primary, followed by Grey Junior and finally Grey High, where he received a scholarship.

“I was shocked but very excited when I was told he had a scholarship at Grey. I had to come and sign the document,” Fezakele said.

Siya was last at home in December but Fezakele said he understood his son had a hectic work schedule.

“He promised to come home this weekend, but they are going to a rugby camp.”

Fezakele said he had missed many of his son’s childhood games due to work in Cape Town but was making up for it now.

He said Siya had flown 10 family members – including himself – to watch the Stormers and Blue Bulls game in Cape Town on May 5.

“I am travelling to Johannesburg next week to watch him play. There is no doubt I will also be at Ellis Park,” Fezakele said.

Siya will take to the field as skipper on June 9 at Ellis Park, Johannesburg, in the first match against England.

His uncle, Vukile Kolisi, 46, said: “We are very proud of this moment. We are not surprised by his appointment.

The home he grew up in is a small two-bedroomed house.

Fezakele has a collage of pictures of Siya’s early childhood in his bedroom. He often wears a Stormers jersey when watching his son play.

“There is more to come because age is on his side,” he said.

News of Siya’s appointment has brought much excitement to Mthembu Street, where Siya spent most of his childhood running around.

“When he visits he won’t pass by without greeting the elders despite all his achievements.

“He is an exemplary man for our children. We are grateful to God for the progress in Siya’s life,” she said.

Siya’s potential was first spotted by former Emsengeni deputy principal Eric Songwiqi, who was instrumental in Siya’s move to Grey.

“Siya was a soft-spoken boy but he was action-driven. I spotted his leadership qualities at a very young age.

“He was a good motivator, passionate and someone who was keen to learn,” he said.

“He deserves this moment and one can only attribute it to discipline and hard work. I am very proud of him.”

Shortly after his wedding, Siya took in his half-siblings from his mother’s side, Liyema, 16, and Liphelo, 10.

12 years ago playing for African Bombers my local club in Zwide ... Never dreamt of moments like this! #RWC2019 #humblebeginnings #throwback

Anele Pamba, former Kings CEO, who has known Siya since his childhood, said: “The captaincy that he has is something that has always been coming because he has always been a leader.

“And the fact that he took in his siblings is also something that proves the caring part of him, and also the calibre of black man that he is.”

Pamba said Siya had spent his childhood on the rugby field.

“This was after school and at weekends. He was always at the African Bombers rugby club.”

Pamba said Siya had never forgotten his roots and where he learnt to play the game.

“He is a very sweet boy who has always been attached to his roots, by spending much time with all the boys that he grew up with.

“Even now the African Bombers club are playing with jerseys and sports equipment that was sponsored by Siya and his associate sponsors.”

Asked what made him such a great player, he said: “His commitment to the game, being humble and always willing to learn.”

PLEASE NOTE: This article was originally published in Weekend Post on June 2, 2018