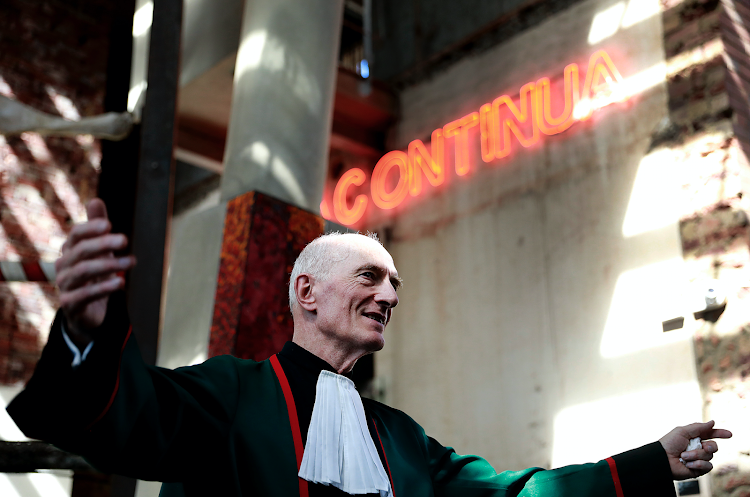 Recently retired Constitutional Court justice Edwin Cameron has been appointed as the inspecting judge of the Judicial Inspectorate for Correctional Services.

He will be in charge of monitoring and oversight of prisons and correctional facilities across the country.

The presidency said that President Cyril Ramaphosa has appointed Cameron for a three-year term with effect from January 1 2020.

“The Judicial Inspectorate for Correctional Services is tasked with monitoring and oversight of correctional facilities around the country and reports on the treatment of inmates and the conditions of correctional centres,” said presidency spokesperson Khusela Diko.

Cameron retired from the apex court in August 2019 after serving 25 years as a judge.

The 66-year-old will take over from Justice Johann van der Westhuizen whose term has been extended until December.

Earlier this year justice and correctional services minister Ronald Lamola told parliament that as at March 31 2019, there were 162,875 inmates against an accommodation capacity of 118,572 bed spaces.

That translated into 37% overcrowding in prisons across the country.

The department of correctional services (DCS) has since conceded that it is worried about over-crowding, which is on the rise driven by high crime statistics.

“What cannot be undermined is that overcrowding in correctional facilities could lead to poor conditions, thus making it difficult to create and maintain humane conditions which will adversely hamper the mandate of rehabilitating inmates,” Nxumalo said.

But because correctional services had no legal powers to refuse the detention of inmates, dire overcrowding was inevitable.

A huge concern was the number of prisoners awaiting trial in prisons in the metros, as a result of the sluggish state of the criminal justice system.

“High crime levels in the country are a concern to everyone. DCS has been working on increasing the bed space in order to relieve pressure from the overcrowded facilities, especially those in the metros,” Nxumalo said.

The department has been renovating and building new prisons and three projects expected to be completed this month will provide 1,101 additional beds.

But building more prisons is not the only answer.

Nxumalo said as part of a multi-pronged approach in dealing with overcrowding, there had to be social reintegration of offenders back into their community to help reduce levels of repeat offending.