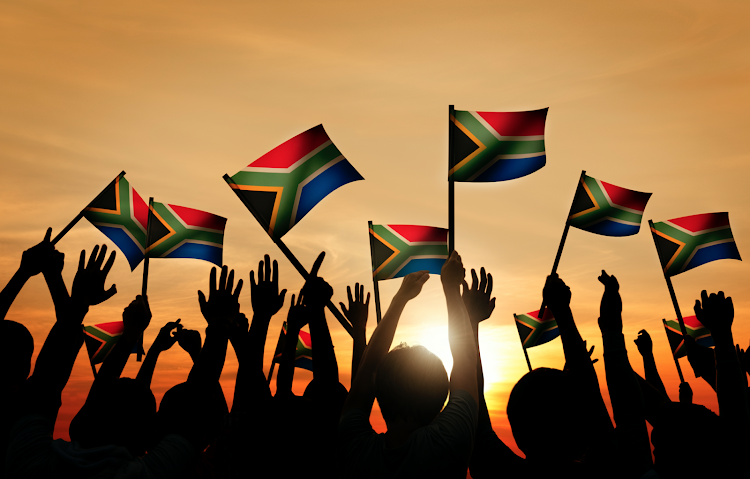 The power of positivity is transcending simple stories on Facebook as the #ImStaying group establishes itself as a non-governmental organisation centred on opening doors for small, medium and micro enterprises (SMMEs).

Over the past 30 days, SA has been caught up in a wave of positivity after a simple video clip posted by Jarette Petzer on Facebook evolved into one of the fastest-growing pages globally.

is simple: be kind, be positive, no politics, no religion and no advertising.

The campaign has grown into more than a social media page: with a following of more than 600,000, it’s become a national movement for unity.

Petzer, 39, of Cape Town said the group’s initial purpose was to change the narrative in South Africa away from the constant doom and gloom and more towards gratitude, love, respect and understanding.

“ “First I had to change my own mindset, change the way I thought, spoke and acted,” he said.

“I obviously had no clue this [the popularity of the campaign] would happen, but it just goes to show that we the people of South Africa were desperate for change, and hopefully we are able to bring about that change together as a collective.”

Petzer said #ImStaying had broadened its mandate on the suggestion of its members to implement a number of initiatives aimed at helping to stimulate the economy through SMMEs and job creation in this sector. .

“This entire process was sparked by one simple thought and action. What followed next was as a result of a positive mindset and inspired action,” Petzer said.

“If we are able to gather ‪600,000 people together in just over a month as a result of a single good deed, imagine what we can do for our country as [a] collective.”

To do this, the newly formed NGO has a three-pronged approach, centering on national events, crowdfunding and merchandising.

All funds raised will be used to implement business initiatives in the  SMME space to open doors, scale businesses or create collaborative opportunities.

BackaBuddy will hold funds for each of the initiatives, each of which will be visible for anyone to view via their portal or on the #ImStaying website – www.imstaying.co.za

As #ImStaying has become a collective movement, any public funds collected will be put to a vote on the #ImStaying Facebook Group page. Members will be asked to vote via an online poll as to where the funds should be allocated.