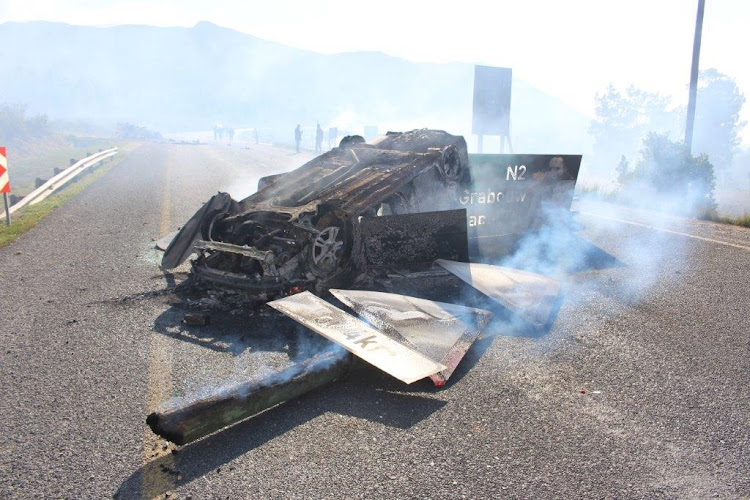 A man who attacked a police van and threw stones at officers during a service delivery protest has been served with jail time.
Image: Hawks

A 30-year-old Western Cape man who stoned police officers and joined a crowd in overturning a police vehicle before setting it alight has been sentenced to a direct term of imprisonment.

He has been sentenced to five years' direct imprisonment and declared unfit to possess a firearm, Nkwalase said in a statement on Friday.

Fungwana was arrested by public order policing (POP) members during a public protest on the N2 highway in June 2018.

Community members from an informal settlement at New France, in Botrivier, had barricaded the N2 highway with rocks in a protest about government housing assistance.

Two vehicles from the first crime responders, one being the Caledon traffic department the other the Caledon visible policing team, were overturned and set alight. The protesters were dispersed.

Fungwana, who also assaulted the visible policing unit's officers by throwing stones at them, was identified as one of those who overturned the SAPS vehicle before it was set alight, said Nkwalase.

The case was referred to the Hawks’ crimes against the state investigating team (CATS) for further investigations after Fungwana's arrest.