Nelson Mandela Bay's political instability and a dysfunctional administration is driving business away.

In a open letter to Bay mayor Mongameli Bobani and his mayoral committee, the Nelson Mandela Business Chamber board expressed concern over the deteriorating environment which it claimed made it difficult for businesses to be sustainable and competitive.

The board said the city failed to provide a conducive environment for investment and was stifling the economic growth so desperately needed as businesses are prevented from conducting their normal day-to-day operations.

"It is our view that the situation has deteriorated to the level where the municipality, as a result of a crisis in its financial affairs, is in serious or persistent material breach of its obligations to provide basic services or to meet its financial commitments.

With this in mind, the Business Chamber board has requested the following from the city:

The chamber said the city was not a strategic partner in achieving strategic outcomes such as promoting economic growth.

"In many instances, the municipal administration appears to have become a hindrance for growth on both a strategic and basic service level – and is paralysed by inefficiencies caused by political infighting and is resulting in the non-delivery of services," it said.

The chamber said that many metro businesses were struggling to keep their doors open and that the council needed to be cognisant of this as the R863m the city earned during the 2017/18 financial year from commercial property rates alone accounted for 8% of the city's total revenue, or close to 43% of its rates revenue in 2018.

"The manner in which the city councillors conduct themselves has become a national embarrassment.

"Council meetings appear to have degenerated to the level where the interests of the citizens of Nelson Mandela Bay have been subordinated to the exigencies of short-term political point-scoring, without any regard to  the impact that the resultant dysfunctionality has, or may have on the citizenry" 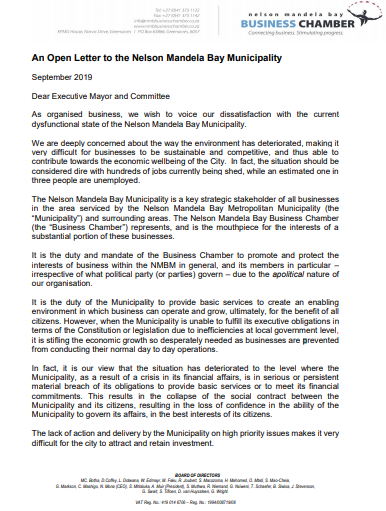 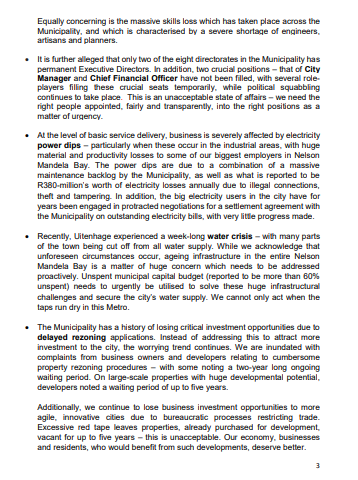 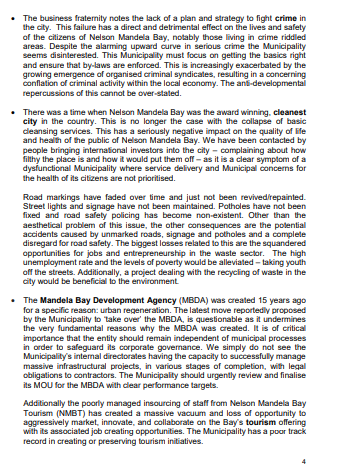 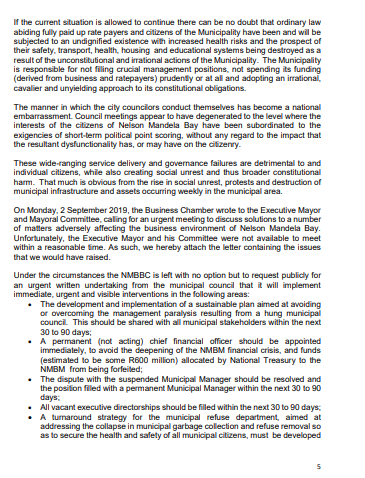 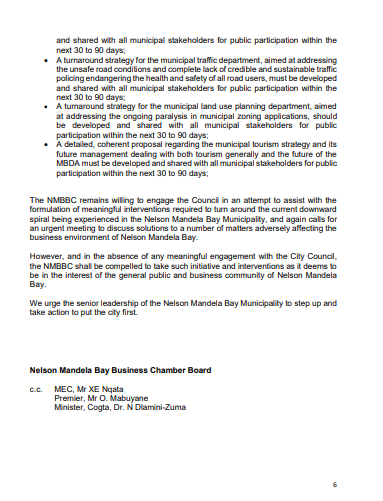 Nelson Mandela Bay is struggling to attract new investors and clinch deals that could bring much-needed jobs and revenue to the city.
News
1 year ago

If there are no major rains by the end of September, harsher water restrictions will be implemented in Nelson Mandela Bay.
News
1 year ago

Criminals are smart, so we need to be smarter.
News
1 year ago
Next Article