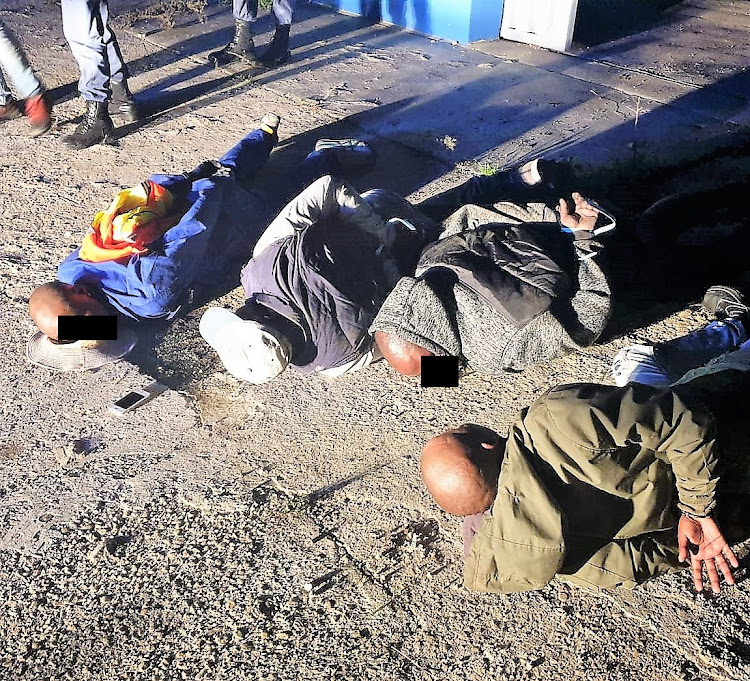 Four alleged hijackers were arrested in Port Elizabeth on Monday night after hijacking a truck transporting about R2 million worth of copper and a vehicle.
Image: Supplied

A gang of suspected hijackers was arrested on Monday night after allegedly killing a truck driver during a botched hijacking on the outskirts of Port Elizabeth.

The suspects are believed to have been targeting an estimated R2m worth of copper that was being transported from Port Elizabeth to Johannesburg.

The body of the 53-year-old truck driver, Absalom Mnisi, was found at about 9.30am on Tuesday along the N2 near the Coega Industrial Development Zone where the hijacking took place. 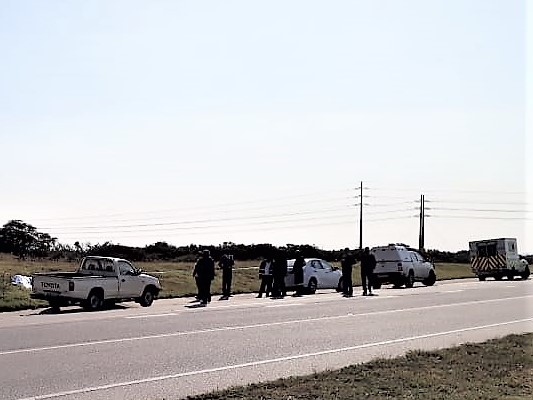 On Tuesday morning police found the truck drivers body along the N2 near Coega
Image: Supplied

The arrest has raised concerns over the sophistication of hijacking networks after the five hijackers were caught in possession of the truck in Makepeace Crescent, Perseverance, behind an abandoned warehouse.

A portable network signal-jamming device was plugged into the lighter socket of the truck in what appears to be a failed attempt to scramble the tracking device and cellphone signals.

The alarm was raised when a passerby alerted the company, ESAR Transport.

The former employee of the company happened to be driving past at the time and saw the group of men wearing reflective vests, and blue lights fitted to a white vehicle, fighting with the driver.

Authorities have now launched a probe to ascertain if the same group is responsible for another hijacking of a truck, also on the N2, two weeks ago as well as several others last year.

The truck, which belongs to the Gauteng-based Transport Company, had just left the depot in Deal Party heading towards Johannesburg. 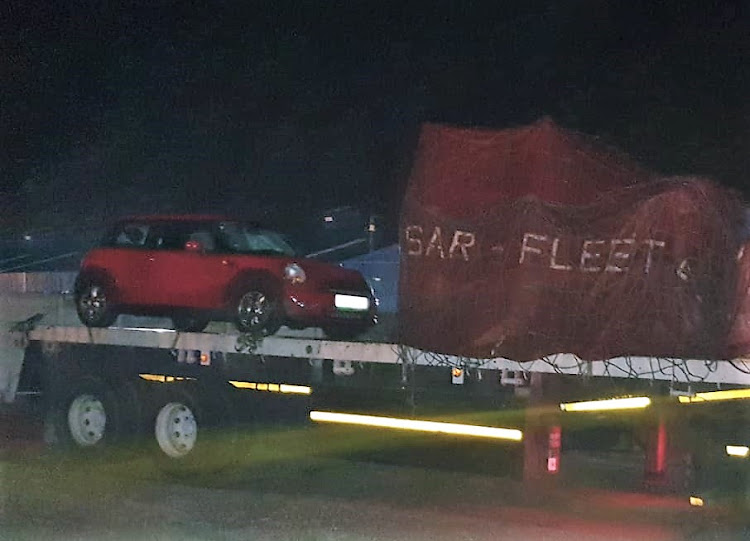 The truck was transporting about R2 million worth of copper and a car, as well as some other valuables.
Image: Supplied

The horse and trailer truck was transporting almost 23 tons of copper, worth an estimate R1.9m, as well as a Mini Cooper car.

Police spokesperson Captain Andre Beetge said the hijacking happened at about 7pm when the truck was pulled off the N2 – while leaving the Bay - by a white car with ‘flashing blue lights’.

“A passerby witnessed a fight on the side of the road with the driver and alerted the trucking company who then raised the alarm,” he said.

“The company in turn called the local police who managed to locate the truck by 8pm. It was found hidden behind a warehouse in Perseverance.”

Beetge said as the police arrived on the scene, seven suspects fled in different directions.

“A chase ensued and five suspects were arrested while two managed to escape.

"The five were arrested in the area with some hiding in the warehouse. One was caught hiding in a cupboard and the others in rooms inside the building,” he said.

On the scene, police found a rental Ford Ranger bakkie – believed to have been one of the vehicles used to pull the truck off the road.

“A blue light as well as a signal jammer was found on the scene,” he said.

By 9.30am on Tuesday, Mnisi's body was found lying on the grass verge alongside the N2 where the hijacking occurred.

“He was found when a patrolling police van was sent to the initial scene. Our preliminary investigation revealed he was shot in the back and neck,” Beetge said. 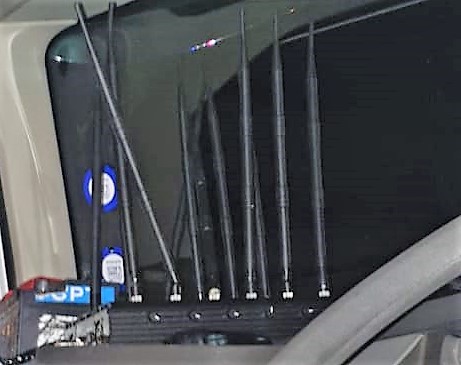 A network signal jammer was found inside the truck in what appears to be a failed attempt to block the tracking devices
Image: Supplied

The incident has raised questions about several hijackings in the Bay over the past year where blue lights were used to pull off drivers and subsequently hijack them.

Last year, several incidents where trucks were pulled over by criminals posing as police officials using blue lights were reported.

Most of the cases occurred when the trucks had been driving out of Port Elizabeth on delivery.

“Due to the nature of the crime, the Provincial Organised Crime Investigation Unit has taken over the case and is running with the information.

"As part of the initial investigation, we are going to see if they are linked to other hijackings,” Beetge said.

“We are all devastated by this. We are all so shocked and had a prayer meeting after hearing the news. I personally spoke to his wife this morning who is traumatised,” he said.

Pretorius said the company had been doing deliveries between Port Elizabeth and Gauteng for about 30 years, with no incident in the Bay.

Some very sad news.. Another dark day in trucking in our country. Esar transport driver Absolom mnisi was hijacked last...

“He arrived in Port Elizabeth on Monday and the load was placed on the truck. It is mostly scrap copper. He was driving back when he was pulled off the road," he said.

“I suspect that they were after the copper. Just before the police caught them, the suspects were preparing to open the load (of copper) to take it off the truck."

"He (Mnisi) had been working for us for more than 12 years and was such a nice guy. He was one of my best drivers and everyone got on very well with him. Most of the people in the office have been crying after hearing the news.”

Asked about the signal jammer, Pretorius said he was aware of some instances where hijackers used such devices to avoid detection.

“We, however, have found a way to work around it and this is why the jammer did not work in this case,” he said.

Detectives are following up on leads and more arrests are expected.