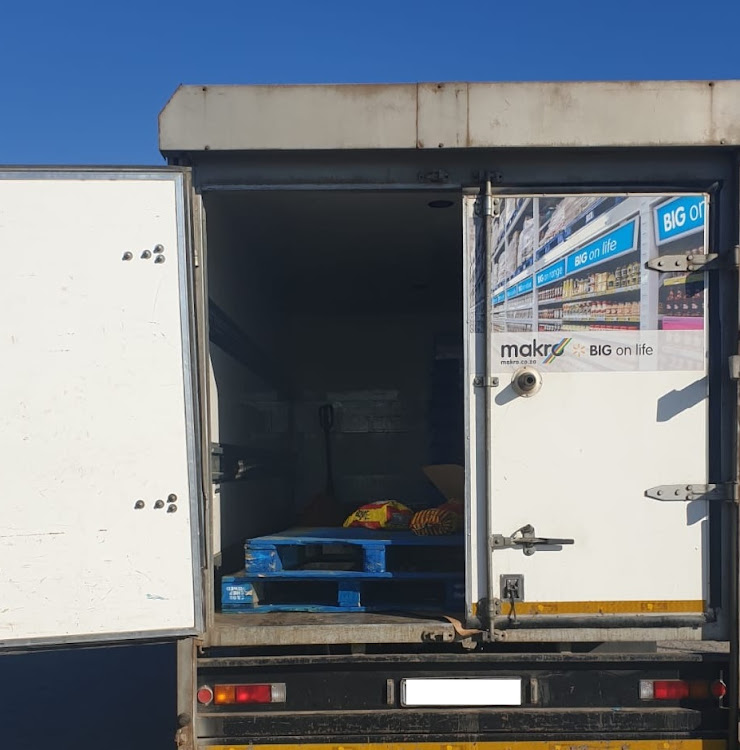 A delivery truck was found abandoned shortly after being hijacked on Wednesday afternoon
Image: supplied

Two vehicles and a delivery truck were hijacked in Nelson Mandela Bay in the last 24 hours.

The latest incident saw two men, one armed with a firearm, hijack a leased VW Polo outside a house in Mabandla Road, KwaNobuhle at 10.10pm on Wednesday.

Police spokesperson Captain Gerda Swart said a 46-year-old man had stopped outside his house when he was ambushed.

“The suspects threatened him and demanded the keys of the vehicle. They then fled in the VW Polo leaving the owner behind. The vehicle was recovered intact and abandoned in the Gunguluza informal settlement by about 11pm."

She said forensic experts gathered evidence at the scene.

In another hijacking, about 10 minutes earlier, a 27-year-old woman was hijacked outside her home in Nkulu Street, KwaNobuhle.

Asked if the same suspects were involved, Swart said it was being investigated.

Police spokesperson Captain Andre Beetge said the truck was hijacked by three men near a tavern.

The vehicle was recovered at the corners of Struanway and Daku Road in Kwazakhele by 2.30pm.

“Detectives followed up on information and found some of the stolen liquor back at a house in Jakavula Street in Kwazakhele,” he said.

“No one was at the house and the liquor was confiscated and handed back to the company. Investigations are ongoing,” he said.