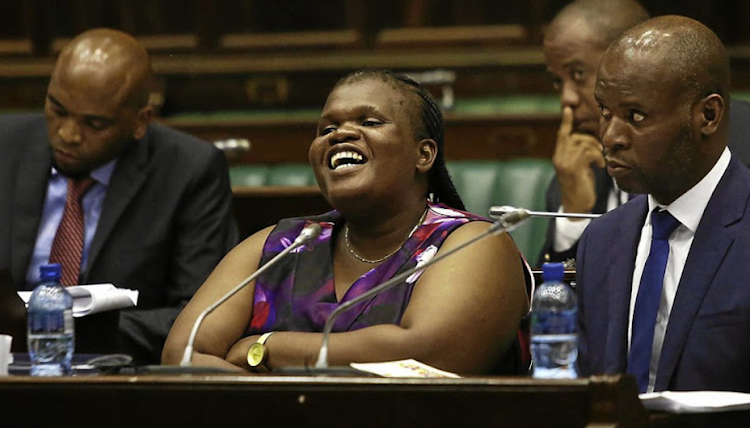 Supporters of former President Jacob Zuma, including some implicated in serious state capture allegations, have emerged as powerful figures in parliament after winning the battle to chair portfolio committees.

This follows an apparent compromise between the ANC faction supporting Zuma and that behind President Cyril Ramaphosa‚ after a weeks-long behind-the-scenes battle on whom to deploy to parliamentary committees that scrutinise government activities‚ policies and spending priorities.

The matter came to a head last week‚ when Ramaphosa reportedly ordered the cancellation of an ANC parliamentary caucus meeting after he was alerted that secretary-general Ace Magashule planned to announce names that had not been approved by other national leadership structures.

Following a series of followup meetings‚ including with ANC alliance partners on Monday‚ Magashule on Wednesday announced a list that saw members of his faction emerging as chairs of parliamentary oversight committees after they reportedly vowed to “capture parliament” now that they were no longer ministers.

This saw former state security minister Bongani Bongo – a Zuma loyalist accused of bribing a parliamentary official who was in charge of the Eskom inquiry – appointed chair of the home affairs committee.

Another Zuma supporter‚ former transport minister Joe Maswanganyi‚ has been appointed to chair the powerful standing committee on finance‚ while former deputy finance minister and Zuma man Sifiso Buthelezi has been sent to lead the appropriations committee.

Former public service minister and Gupta acolyte Faith Muthambi has been appointed as co-operative governance and traditional affairs chair‚ while Thandi Mahambehlala has been sent to the international relations committee.

Magashule dismissed questions on the suitability of some of the new chairs‚ saying they had been cleared by the ANC’s integrity commission.

“In terms of the law‚ the Electoral Act and the commission‚ even the IEC could not remove these names‚” he said.

“The law allows them to be members of parliament because they have not been found guilty of anything by a court of law. Allow the law of natural justice to take its own course‚ that’s what we’ve said.

“We don’t put people on [a] factional basis‚ so that analysis is not correct. We have men and women who have been in the ANC‚ young people‚ intergenerational mix.

“We made sure that we have returning members.”

Tina Joemat-Pettersson‚ a former energy minister under Zuma who has since joined the Ramaphosa camp‚ is the new police committee chair and former Cosatu first deputy president James Tyotyo is public service and administration chair.

Other Ramaphosa supporters who are new parliamentary committee chairs include former ANC Gauteng secretary Hope Papo, who is the new head of the communications committee, and former deputy finance minister Mondli Gungubele, who leads the social development portfolio.

Cedric Frolick‚ who had initially been dropped as house chair responsible for committees‚ has been retained in the position after former minister Nomvula Mokonyane turned it down and resigned as an MP.

Cyril Xaba from KwaZuluNatal will chair the defence and military portfolio committee‚ while former public enterprises deputy minister Gratitude Magwanishe is the chair of the justice committee.

Veteran MP Mathole Motshekga will lead the ad hoc committee on Section 25 of the constitution‚ which concerns the expropriation of land without compensation.