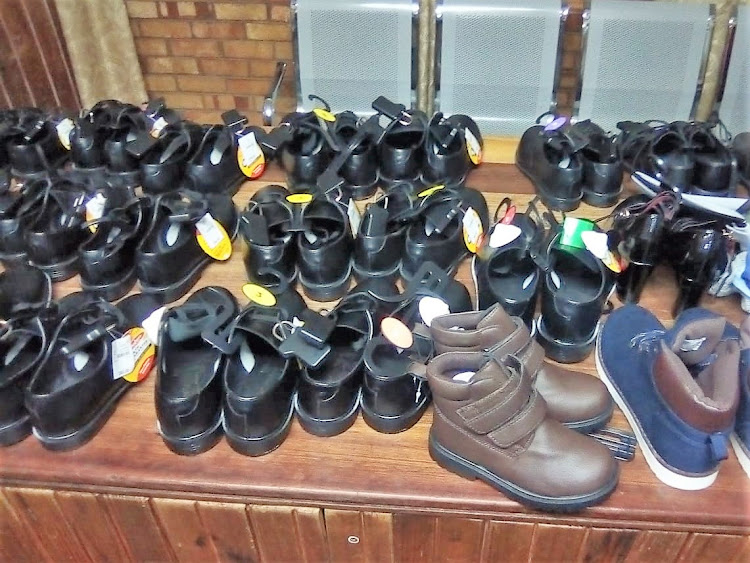 About R6,000 worth of shoes from a shop in Plettenberg Bay were recovered when the five alleged suspects were nabbed near Storms River.
Image: supplied

Five people were arrested in Storms River after allegedly stealing R6,000 worth of school shoes from a shop in Plettenberg Bay.

The 28 pairs, of mostly school shoes, were stolen on Monday afternoon.

A VW Polo used as the getaway vehicle by the suspects was eventually spotted on the N2 near Storms River at about 6pm on Monday.

“Storms River police received a call to assist," he said.

"The car was stopped and five occupants, two men and three women, were found in possession of the shoes," he said.

Nkohli said the suspects could not account for the items and were then arrested.

The theft was only discovered after 3pm when the store's security saw CCTV footage of the suspects pushing a trolley with a large box inside.

“The security conducted their own investigation and realised that the group had packed the pairs of shoes into the box and strolled out of the store with it,” he said.

“The getaway car's registration number was then attained which led to the car being tracked down.”

Nkohli said the vehicle was a rental.

The suspects, who are all from George and aged between 30 and 40, are expected to appear in the Storms River Magistrate’s Court on Tuesday.