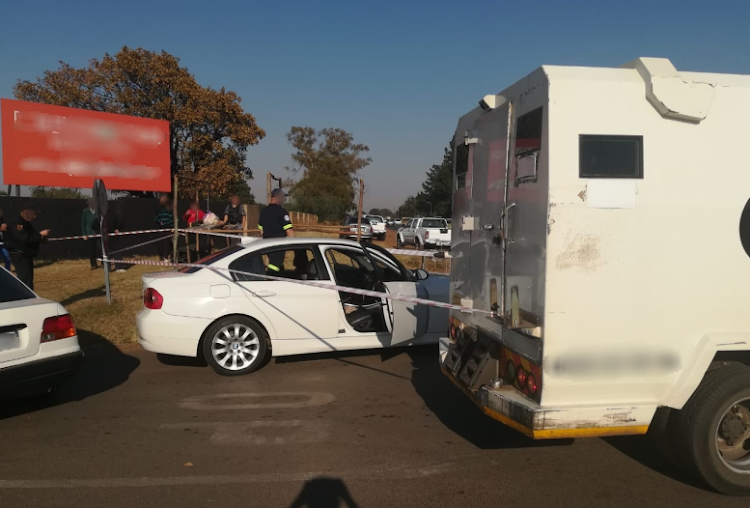 Three women were injured during a cash-in-transit robbery in Randfontein on the West Rand.
Image: Supplied by Netcare 911

Three women were injured when they were apparently hijacked by suspects trying to escape after a cash-in-transit heist in Randfontein on the West Rand on Saturday morning, according to paramedics.

Netcare 911 spokesman Shawn Herbst said the emergency medical service had arrived on the scene at 8.46am, shortly after the cash in transit robbery had taken place on Van der Berg Street in Kocksoord, Randfontein.

“Reports from the scene indicate that three adult females were injured when they were hijacked as the suspects were trying to escape.

“The patients were assessed on scene and found to be in a stable position and declined ambulance transportation to hospital,” Herbst said.

No further details were immediately available.