Two men were caught outside a tavern in a hijacked Tazz 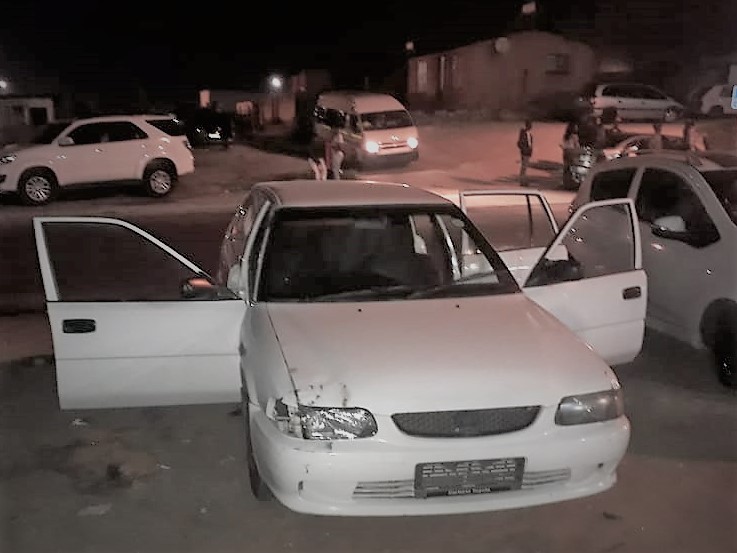 The Toyota Tazz parked outside a tavern in Kwazakhele
Image: supplied

Two men were arrested while sitting in a car outside a tavern in Kwazakhele, only two hours after it was allegedly hijacked.

Police spokesperson Captain Andre Beetge said the Toyota Tazz was hijacked in Wells Estate, where two men and a woman got into the car after asking for a lift.

“A couple were leaving a tavern in Wells Estate when three people asked them for a lift to Motherwell. While driving on the Addo Road towards Motherwell, one of the passengers pulled out a firearm and threatened the driver," Beetge said.

"The car was stopped. The driver and his girlfriend were put out on the roadside.

“The car sped off and the couple reported the hijacking to the police.”

By 11:30pm, a patrolling police van in Seyisi Street, Kwazakhele spotted the car outside a tavern.

“Two men were inside the car and the female had already left. Both were arrested and no fireman was found in their possession,” Beetge said.

The men, 30 and 26, were arrested and are due to appear in the Motherwell Magistrate's Court on Tuesday.