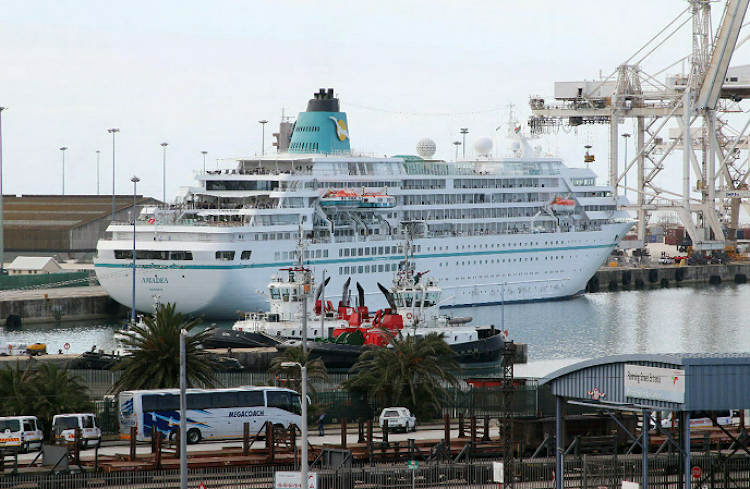 A plan to have cruise liners dock at the Port Elizabeth harbour for longer and the establishment of a world-class International Convention Centre are just some of the plans to be discussed at tourism indabas to be held over the next month, Economic Development Tourism and Agriculture portfolio head Queenie Pink said on Wednesday.

Pink was speaking at the first Indaba held at the Tramways building.

The session saw dozens of business people operating in the tourism industry eagerly gather to hear of the city’s plans.

Pink said: “The global tourism industry has experienced a remarkable growth, expanding and diversifying to become one of the largest and fastest growing economic sectors.

“Nelson Mandela Bay also has its share of tourism growth with both domestic and international tourism on the rise.

“There is, however, still a lot that must be done to exploit the tourism opportunities to the fullest.”

Pink urged that the success of the tourism industry was dependent on the private sector.

“Existing research confirms that collaboration and participation between local authorities and other stakeholders such as government agencies, private sector and professional community groups contributes to better tourism outcomes,” Pink said.

The city’s other plans include the air strategy, township tourism AirBnb, tourism product development and the waterfront development.

Speaking at the event, EDTA executive director Anele Qaba said the aim was to truly link tourism in the metro to the name of former president Nelson Mandela.

Qaba explained that that was why the city had invited Robben Island's former prison warder and friend of Mandela, Christo Brand, to the event.

Qaba said destination marketing in the Bay was problematic.

He said the key to solving this was renaming the city.

“One of the key things that stakeholders needed to be actively involved in was the renaming of the city before other names were considered,” Qaba said.

“Once you miss that process, there is no turning back. Once the process is concluded, we need to ensure that Nelson Mandela Bay is listed the official geographic name,” Qaba said.

“The inconsistent brand positioning has led to the Nelson Mandela Bay facing an erosion of brand equity,” Qaba said.

He urged the tourism industry to be involved in the renaming of the Port Elizabeth International Airport as well.

“The tourism industry stakeholders must fully participate in the process.

"There is no better and appropriate name to be considered other than Nelson Mandela Bay International Airport,” Qaba said.

Brand, while referring to his book Mandela, My Prisoner, My Friend, highlighted the need for people of all races to work together.

“In my book I wrote about how I helped Nelson Mandela and also how he helped me even though we were black and white.

“I believe that if we work together we can improve the economy,” Brand said.

Brand said that he was concerned by people who prioritise self-enrichment.

“The problem with people is all they want to do is enrich themselves, forgetting that they should help the next person,” Brand said.

Those who had attended the indaba said they found the session to be worthwhile.

Bongi Mkoko, of Bongi’s Guesthouse in Kwazakhele, said she had already met a brand marketer who said they would help her market her guest house.