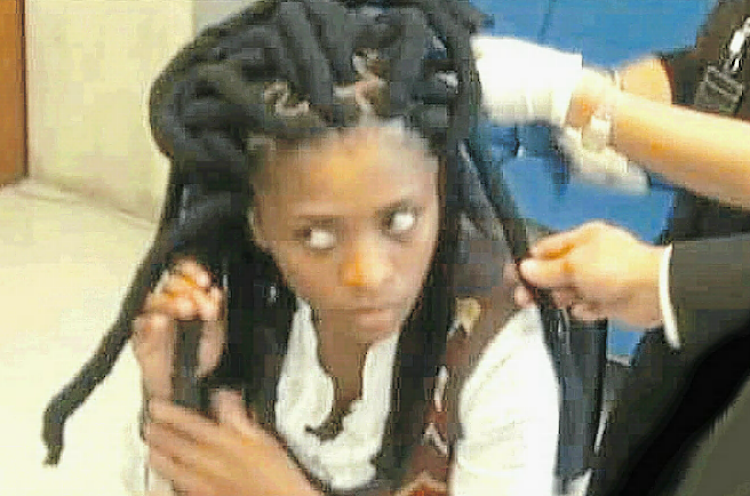 Nolubabalo “Babsie” Nobanda on the day she was caught.
Image: File

Convicted Makhanda drug smuggler Nolubabalo “Babsie” Nobanda, who is serving a 15-year prison sentence in Thailand, has had her sentence commuted by two and a half years.

Vanstaen is a Thailand resident who assists South Africans incarcerated in the kingdom. It had been hoped that Nobanda would receive a royal pardon as part of the king’s coronation celebrations. This would have allowed her to leave prison and return home.

Nobanda made international headlines in December 2011 when she was discovered at Bangkok’s Suvarnabhumi Airport carrying 1.5kg of cocaine mixed with baking powder in her dreadlocks. She was 23 at the time.

She has reportedly sought to make the best of the dire situation by studying and teaching prison authorities English.

At the time, the department of international relations & co-operation said her sentence had been 30 years but because of her guilty plea and co-operation, it had been reduced.

Now, in terms of the king’s general amnesty, Nobanda will have another one-sixth of her sentence (two and half years) commuted.

If the sixth months incarceration while awaiting trial is included, she has already served eight years of her 15-year sentence.

Shortly before his coronation, the king reportedly issued a decree in the Royal Gazette in terms of which he said he would pardon some prisoners and commute the sentences of others to “give them a chance to become good citizens”.