Fun. Bold. Flirtatious. Beautiful. Nelson Mandela Bay women of all shapes, sizes, colours and ages celebrated #You’reBeautiful at the 2019 SPAR Women’s Challenge at Pollok Beach in in Summerstrand on Saturday. See your Herald on Monday for more.

Some in brightly coloured tutus, others in modest sportswear and hijabs, and most in grey T-shirts and tights, Nelson Mandela Bay residents had a good run in the 2019 SPAR Women’s Race in Summerstrand.

Kicking off at Pollok Beach near Eighth Avenue on Saturday, runners of all races – men and women, young and old – took part in annual the race.

The 2019 race saw women take part in the 10km race which started at 7am, and the 5km in which men and children also took part, from 8am. 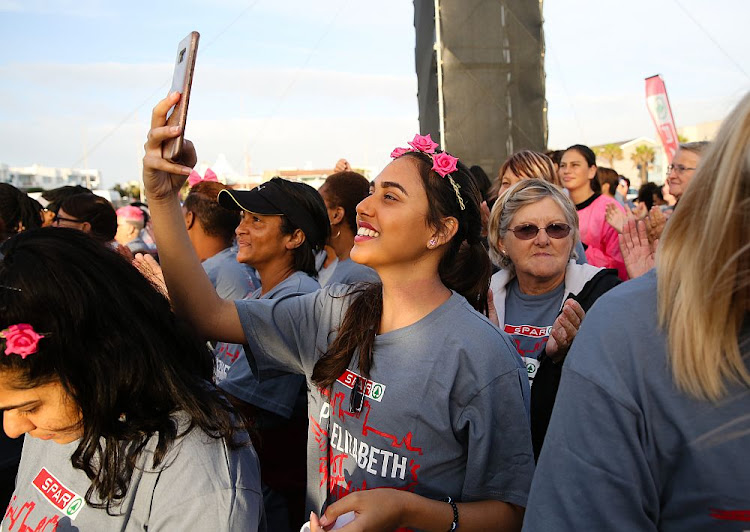 Selfie fun at the start of the 2019 SPAR Women's Challenge
Image: Werner Hills

Every year the race brings thousands of women, and this year was no different.

Timoné van Breda travelled from Johannesburg to join a group of family and friends who took part in the race in honour of Micayla Victor, 19, who died in a car crash in Port Elizabeth in January.

“Micayla loved this race and always took part in it, but she is no longer with us, so we’re here on her behalf because we know she would be here [if she could],” Van Breda said.

Van Breda said it was her first time taking part in the race in Port Elizabeth. 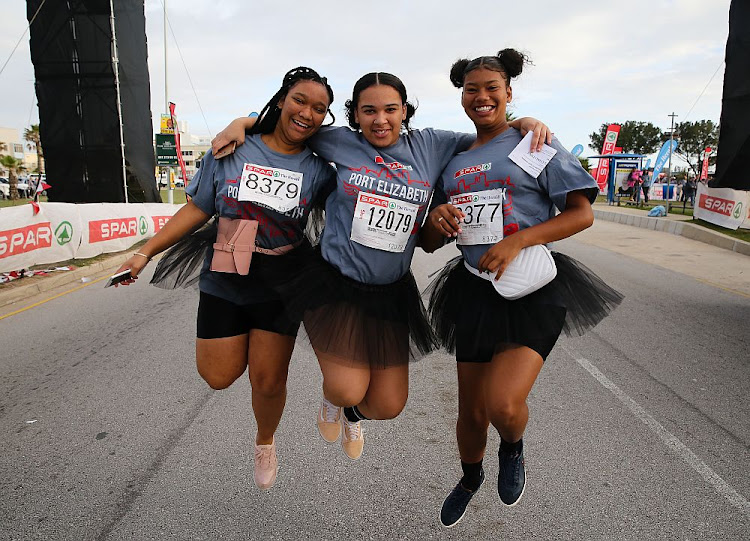 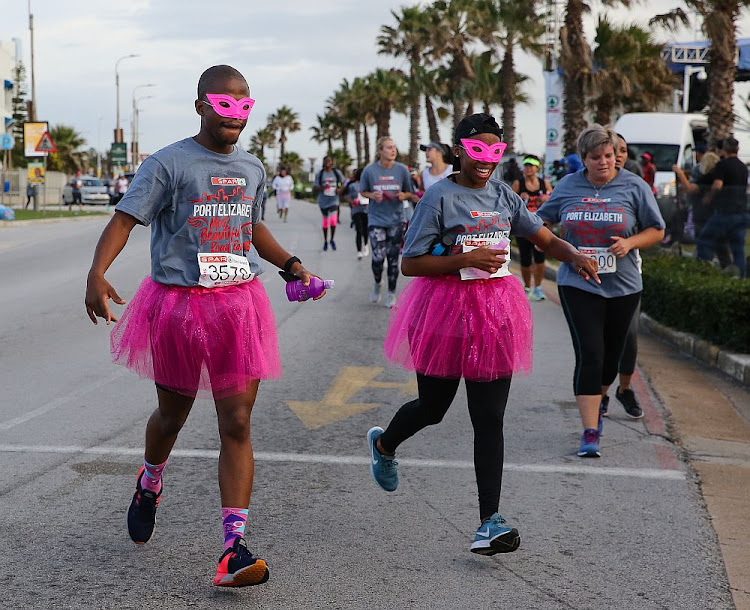 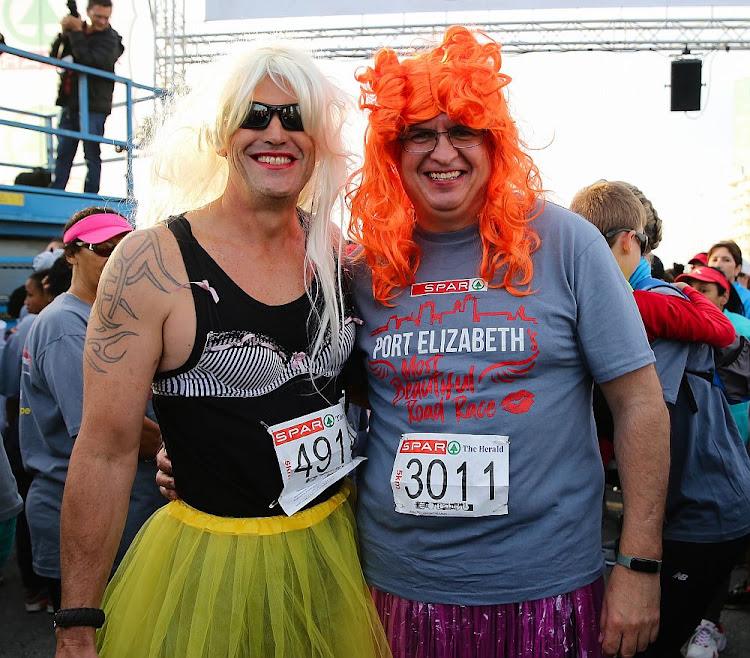 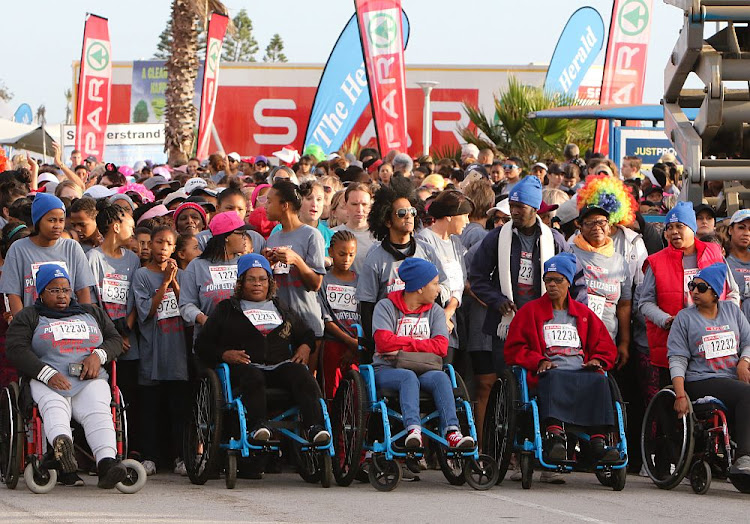 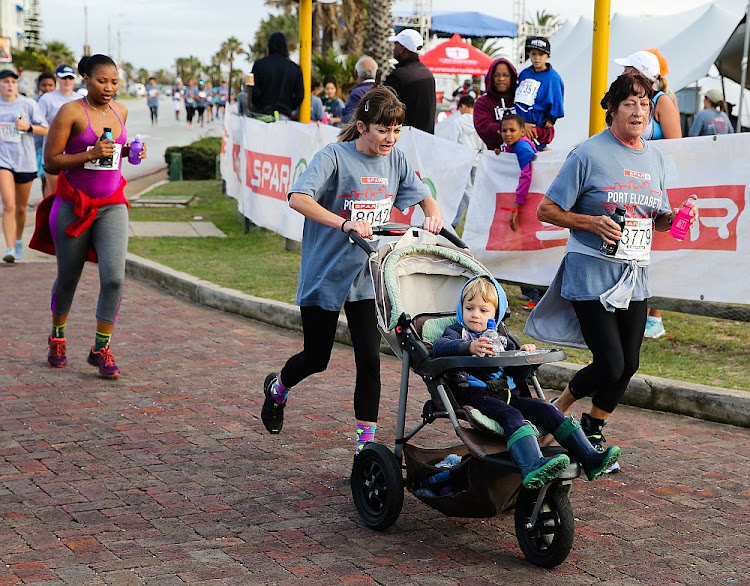 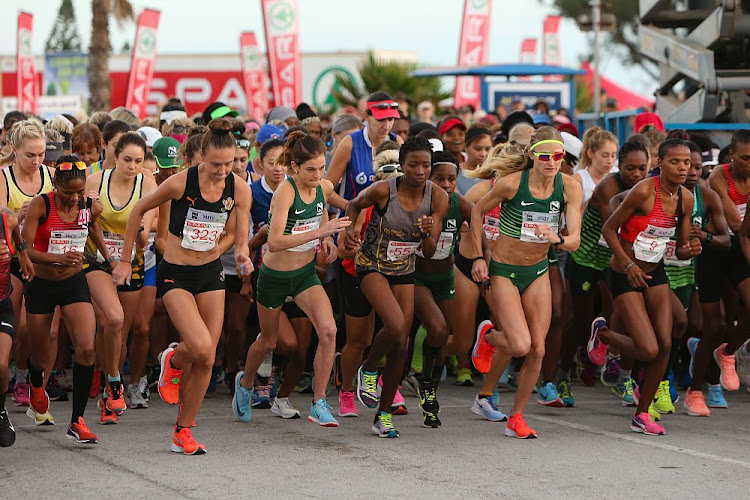 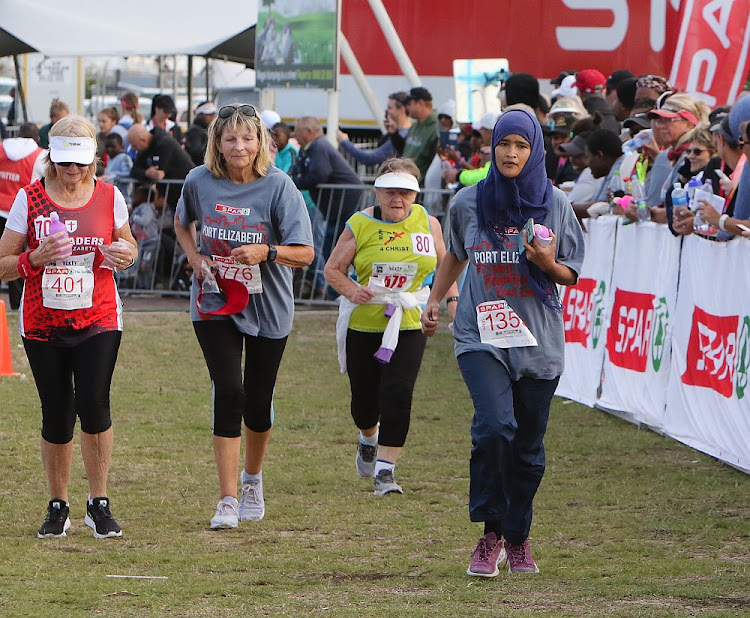 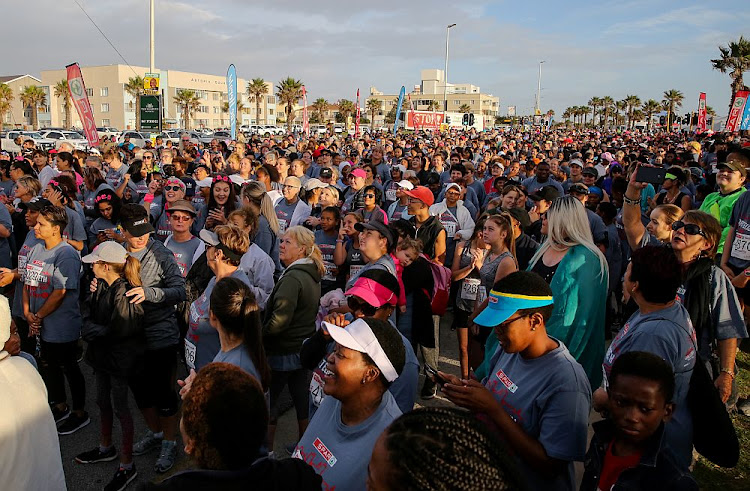 Limping ahead with a crutch in the 5km race was Vuyo Mafika, of Bridgemeade, who has been running the 10km race for the past three years. “If I didn’t suffer from spinal issues I would have been in the 10km race.

“However, because I’m not my best self I decided to rather join the 5km than sit it out,” she said.

Mafika said she enjoyed the race because it brought women together and provided a healthy platform to catch up with friends.“Whether I get better or not, I will always take part in this race,” she said.

Along with the women were men who dressed up in tutus and wigs to join in the fun. First-time entrant Grant Whitebooi was one of them.

While he jokingly claimed he had been forced into entering the race by family and friends, he was more than willing to dress to the nines for it.

“This is my first time doing this race and I had my outfit specially designed for me,” he said, whipping his wig against the wind.

The two races came to an end with Namibian Helalia Johannes winning the 10km in 31 minutes 50 seconds and Siphokazi Nojoko winning the 5km race in 19 minutes 13 seconds.

In a nod to the SPAR Women’s Challenge theme of “What does beauty mean to me?” and hashtag #You’reBeautiful women were encouraged to wear red lipstick on the day.

Runners taking part in the 10km race were surprised by a gift of a red lipstick at the 9km mark of the route, giving them a boost to finish the race in style.

Beyond the finish line, racers were entertained by music trio Genesix while enjoying food and drinks sold in from food trucks at the beach front.

The annual event also has a strong charity element, and the 2019 beneficiary is Sanitary Sista’s, assisting the Businesswomen’s Association of South Africa’s Port Elizabeth branch to provide sanitary products to teenage girls.