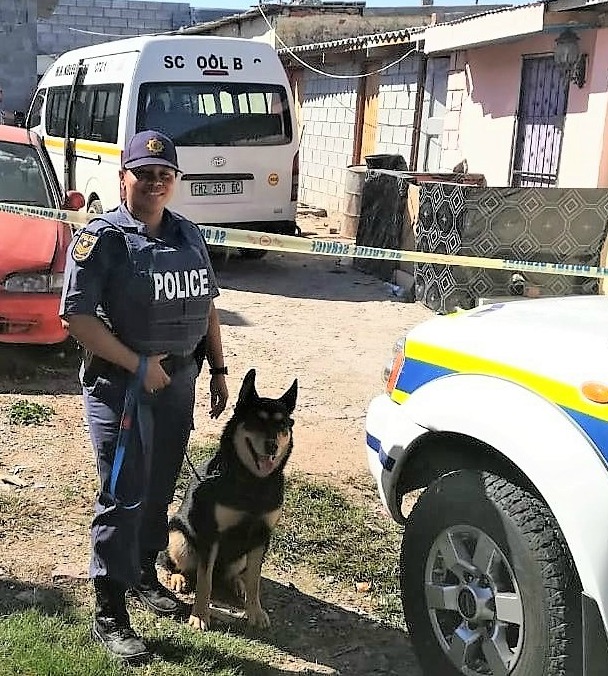 A veteran Port Elizabeth police dog tracked down hijackers on the run after they hijacked a school minibus in Motherwell on Tuesday morning.

The arrest stems from the hijacking of an empty school minibus in Busiwe Street, Motherwell, at about 5.30am.

At the time of the hijacking, only the 34-year-old driver was inside the vehicle as he was still en route to collect school children in the area.

Seven-year-old German shepherd Jack had managed to catch three of the four suspects within two hours after the hijacking.

Jack is a veteran patrol and explosive detection dog who has been at the Port Elizabeth K9 unit for about six years.

Police spokesperson Colonel Priscilla Naidu said the school bus driver was reversing out of his driveway when three men rushed up to the vehicle.  They held him and gun point and threw him out of the vehicle before speeding off. 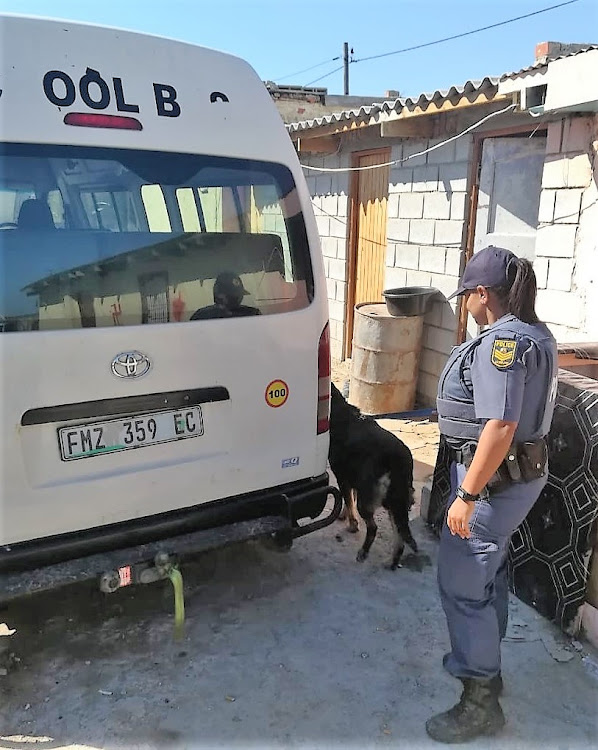 It has since emerged that a toy firearm was used in the hijacking.

By 7am, police received information of the hijacked minibus parked behind a spaza shop in Tromp Street, Missionvale.

“When the K9 unit arrived, all four suspects were busy changing the vehicle's licence plates and removing its school bus branding,” she said.

“On seeing the police, three of the suspects ran away and the other one was arrested at the minibus. A toy firearm was found in his possession. It was established that two of the men entered the shop in their effort to evade arrest.”

Naidu said by that stage, more police vehicles had arrived at the scene.

“The two fleeing men threatened the shop owner before they hid in the garage area attached to the shop. Sergeant Volente Baatjies shouted for the suspects to surrender, but they ignored her calls to come out.”

The K9 unit then let Jack lose in the garage to flush out the suspects.

“Jack managed to sniff out the hijackers who were hiding in the back of a bakkie. Both were arrested when Jack jumped into the back of the bakkie through its open canopy door," Naidu said.

While police were still at the scene, they received information of the fourth suspect hiding in a nearby yard.

“A search for the fourth missing suspect continued and he was found hiding in the backyard of a shack in the same street.

"Attempts to get the suspect to surrender also failed, leading to Jack being sent into the yard. Within seconds of getting into the back yard, Jack had apprehended the fourth suspect.”

Naidu said the suspect had broken his leg while jumping off the roof in an attempt to escape.

All four suspects, aged between 23 and 33, will appear in the Motherwell magistrate's court on Thursday for hijacking.