Man struck by lightning after seeking shelter under tree 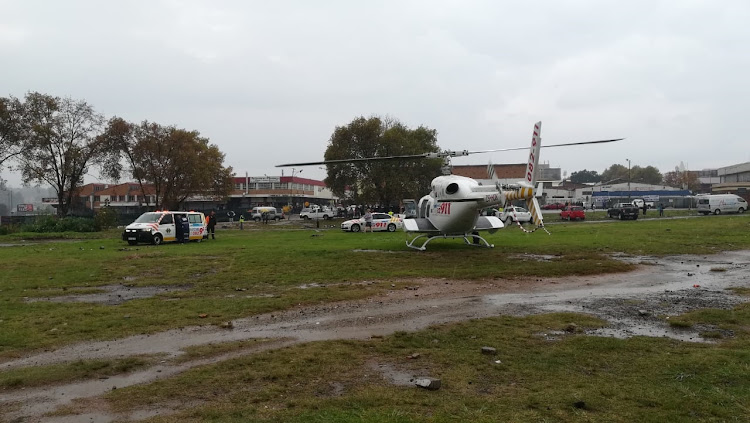 A man in Krugersdorp was struck by lightning April 25 2019.
Image: Netcare

A man who sought shelter under a tree suffered burn wounds and cardiac complications after being struck by lightning west of Johannesburg, paramedics said.

The 25-year-old man had been cutting grass when lightning started to appear during a thunderstorm in Krugersdorp on Thursday afternoon, Netcare 911's Shawn Herbst said.

"The man, with other colleagues, sought shelter under a tree when he was struck by lightning.

"Paramedics assessed the patient and found that he had sustained serious burn wounds to a large portion of his body, as well as cardiac complications."

Herbst said he required advanced life-support intervention to stabilise him.

Once treated, he was flown to a specialised facility in Johannesburg for further treatment.

* It is dangerous to stand under a tree during a storm because lightning first strikes high places and a tree could be the tallest object in your vicinity.

Clearer weather is expected to return to Gauteng from Friday.