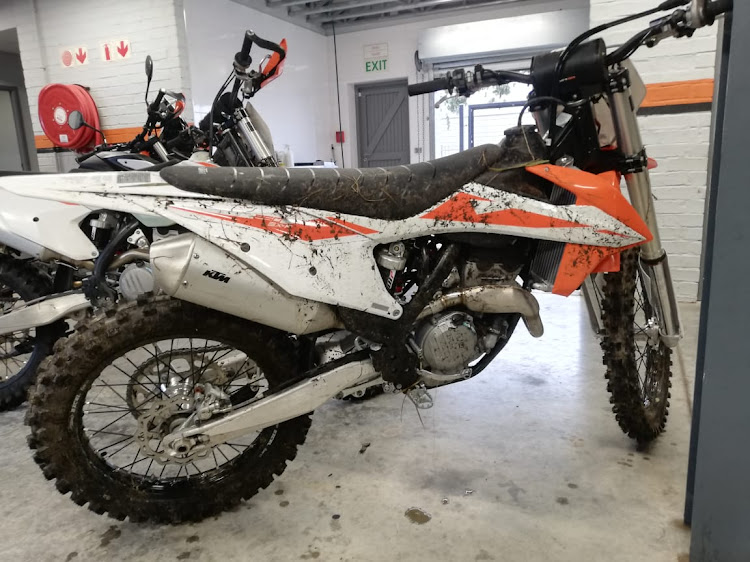 One of the motorbikes which was recovered after a burglary at the KTM store just off William Moffett Expressway on Tuesday
Image: Supplied

Five motorbikes were stolen - of which three were recovered - in a brazen burglary at the KTM Port Elizabeth offices in Fairview on Tuesday morning.

The store, in Butterfield Crescent just off the busy William Moffett Expressway, was broken into at about 3am. Three men smashed one of the large entrance windows to gain entry to the premises.

CCTV footage of the burglary shows the thieves pushing the motorbikes out of the shop into the bushes bordering Baakens Valley.

By 10am, three of the motorbikes had been recovered while two, valued at about R250,000, are still missing. 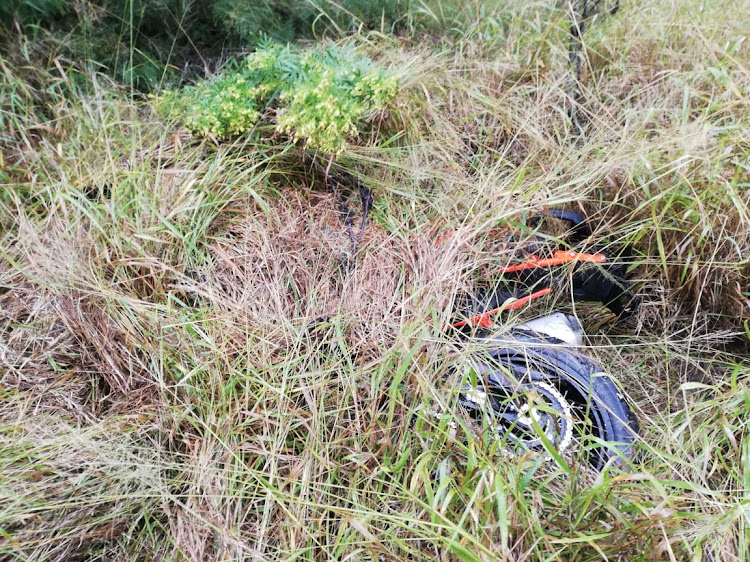 Three of the stolen motorbikes were found covered with grass
Image: Supplied

Manager Aidan Daly said he went to the store after being contacted by the security company about a smashed front display window.

“Five motorbikes in total were stolen. They seemed to have left some jackets and helmets  behind,” he said.

“I think they got a fright when the alarm were activated and that is when they took off, leaving the helmets and jackets.”

At first light, Daly and staff members went to explore in the surrounding bushes.

“We found tracks where they had been walking with the bikes. The bush gets quiet dense and we managed to find three of the bikes hidden there.

"They were covered in grass and obviously they [the thieves] intended to come back for them later,” he said. 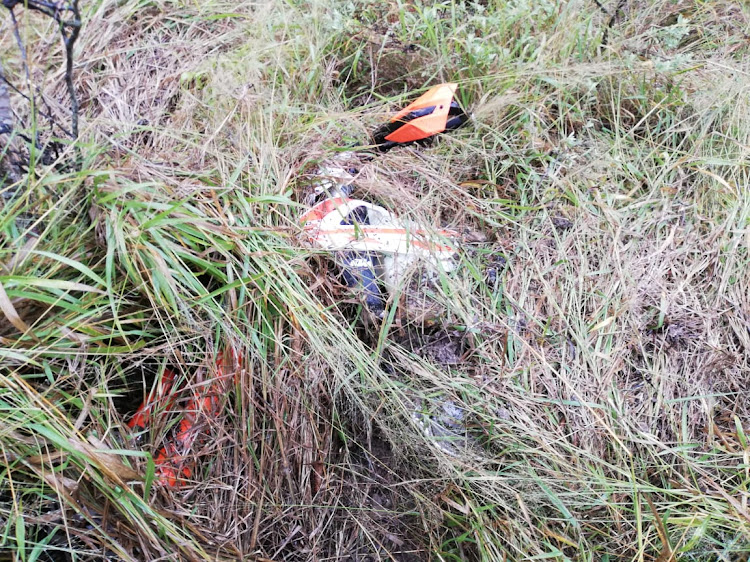 Daly estimates the total value of all five bikes is about R600,000.

“They did not manage to ride off with the bikes, they pushed them out of the shop and down the road into the bushes. All the keys were not with the bikes and had been locked away,” he added.