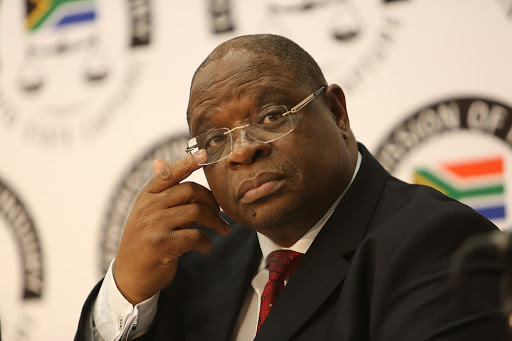 In a statement on Thursday‚ the commission said with the increase in its work volume‚ it needed to increase its capacity‚ particularly in regard to the appointment of more lawyers.

"Some lawyers have recently joined the commission’s legal team. Others have been identified in the recent past but it was found that they had conflicts of interest‚" it said.

"The commission has recently been informed by the department of justice and correctional services of new procedures to be followed in appointing lawyers.

"The commission and the DOJ are in discussion to address this issue and other issues to make sure that the commission’s work is carried out effectively. The commission is confident that‚ with the necessary co-operation from all concerned‚ these issues will be satisfactorily resolved."

The statement comes after the commission last week postponed the testimony of former Independent Police Investigative Directorate boss Robert McBride for two days because it failed to issue notices to parties implicated by his evidence.