What's the most dangerous city in SA? New report offers some surprises 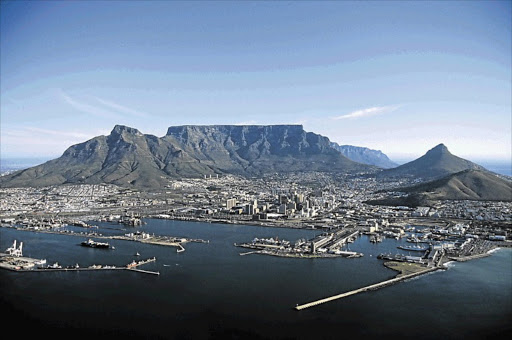 You are more likely to be murdered in the City of Cape Town than in other South African cities, a report has found.
Image: The Times

Cape Town has the highest recorded rates of murder, robbery and non-violent property-related crimes out of nine major cities in the country.

The Mother City is in stark contrast to Tshwane, which experiences the lowest rates of interpersonal violent crimes such as murder, assault and sexual offences.

These findings are contained in the 2018/19 State of Urban Safety in South Africa Report, which looked at the crime rates of nine major urban centres in SA - fast-growing economic hubs that are home to about 40% of the country’s population and produce over 80% of the GDP.

These cities are burdened with higher rates of violence and crime than other urban centres.

Perhaps surprisingly, Johannesburg’s crime rates were considered low to moderate, except for assault and robbery.

“It has the second-lowest recorded rate of murder, after the city of Tshwane, and levels of non-violent property-related crime have declined significantly, so that the city ranks second-best after Ekurhuleni," states the report.

“Of all the cities, the city of Johannesburg has the highest level of police activity targeting people driving while under the influence of alcohol or drugs.”

It was ranked fifth for robbery (down from fourth in 2015/16) and has middling to relatively low rates of reported sexual offences.

“Murder seems to be the city’s key relative crime challenge (46 per 100,000), as it has overtaken Buffalo City to rank third highest of the nine cities.”

Looking at the city of Cape Town, the report said a cause for concern was the city’s murder rate, which has increased by 60% since 2009/10 and by 13% in the past year alone.

The report said urban and metropolitan regions continued to be disproportionately affected by crime and violence.

“With the exception of the three Gauteng metros, murder rates remain significantly above the national average, but, in a welcome change, crimes such as assault with intent to cause grievous bodily harm (GBH) and residential burglaries have declined.”

The report had a number of recommendations on how these urban centres could reduce crime rates. One of the recommendations was for cities to develop evidence-based municipal community safety strategies based on systematic data collection, for example through safety audits.

"The approach should be incremental, starting with identified priority 'hotspot' settlements or neighbourhoods and then scaling up to eventually cover the entire city," states the report.

"Make use of public programmes such as the [expanded public works programme), with the aim of creating synergies in job creation and safety promotion/violence prevention," advises the report.

"While some initial investment would be required, to train participants in programmes and activities relevant to violence prevention and community-safety promotion, the mid- and long-term benefits should outweigh the initial expense."