Another wanted man arrested after picture published in The Herald

Since the first publication in January, over a dozen wanted people have been arrested as a result of their picture being in The Herald and on the HeraldLIVE website. 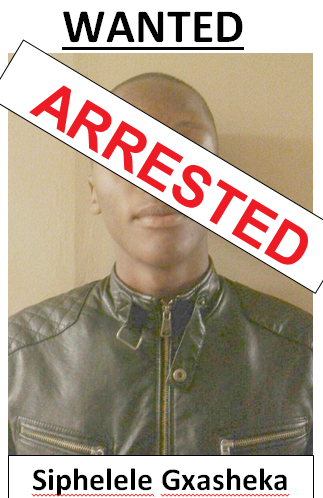 Siphelele Gxasheka was arrested on Friday after his picture was published as wanted in The Herald
Image: supplied

A Port Elizabeth man wanted since last year for robbery and murder was arrested after his picture was published in The Herald.

Siphelele Gxasheka,19, was nabbed on Friday afternoon after a resident contacted the police saying he was spotted walking in Goniwe Street in Zinyoka, near Missionvale.

Since January, The Herald has published 59 pictures of wanted suspects.

Since the first publication in January, over a dozen wanted people have been arrested as a result of their picture being in The Herald and on the HeraldLIVE website.

Police spokesperson Colonel Priscilla Naidu said that detective Sergeant Xolani Peta, who deals with gang violence-related cases, received a call while he was searching for other suspects linked to gang violence in the Gelvandale area.

“The anonymous caller spoke to the detectives and said that the person walking in the street was listed as a wanted suspect in The Herald in January 2019,” she said. “The detective responded and spotted the man in the street. He was arrested on the spot,” she said,

Gxasheka was wanted since August 2018. He is accused of killing Adrian Kammies, 32, during a robbery at their home in Kleinskool.

Gxasheka is also wanted for another house robbery in New Brighton in September 2018.