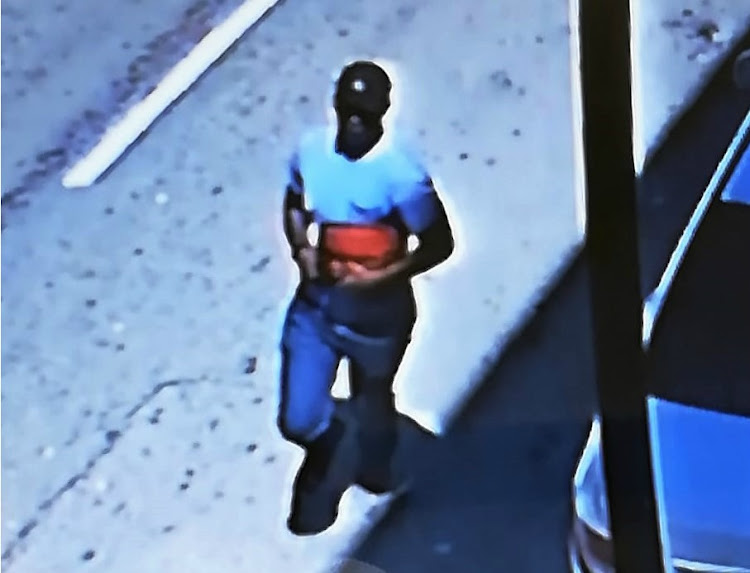 A man suspected to be involved in the killing of the landlord of New Heaven Student Accommodation, can be seen in this CCTV footage image released by police
Image: Supplied

Police have turned to the public to assist in identifying the alleged murderer of a man outside the New Heaven Student Accommodation in North End in March.

Smith Sunday, 44, the building's landlord, was gunned down outside the premises on the corner of Govan Mbeki Avenue and Elizabeth Street on March 12.

Witnesses and police have labelled the incident a hit-style murder, with nothing stolen during the shooting.

Police are now asking the public to help identify the man whose image was captured on the CCTV cameras mounted on the outside of the building.

According to witnesses, there were two suspects, with one of them firing multiple shots at Sunday while he was standing outside his parked vehicle.

Witnesses said the gunman then wrapped the handgun in something before running off and  jumping into a getaway vehicle with his accomplice further down the road.

“The picture was retrieved from CCTV footage obtained at the crime scene. Smith Sunday was engaged in a conversation with another person when an unknown male approached him and fired several shots at him.

“The male then ran off  and got into a white Nissan bakkie,” she said.

“The motive for the shooting is not yet known and police are now investigating a case of murder.”

Anyone who recognises the person in the photo, is asked to contact Warrant Officer Deon Hanekom on 078-364-8023

The shooting took place on the corner of Govan Mbeki Avenue and Elizabeth Street in North End shortly before midday.
News
3 years ago