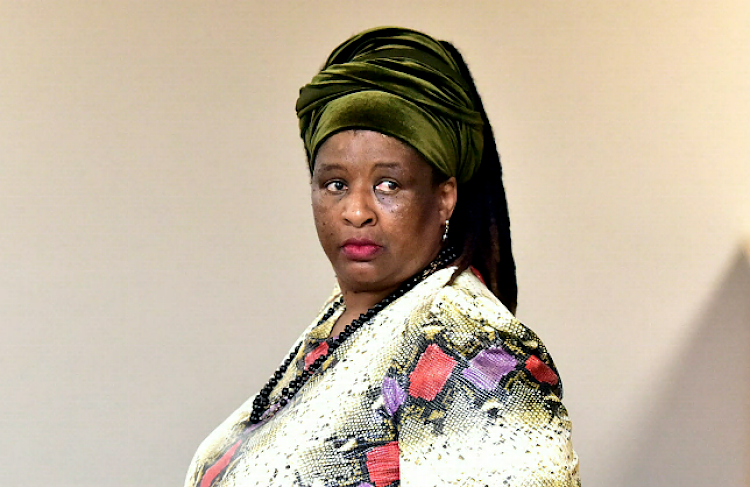 Portia "Pankie" Sizani, the wife of former ANC Chief Whip and SA's ambassador to Germany, Stone Sizani, has been found guilty on 15 counts of fraud and nine counts of money laundering in the Port Elizabeth Commercial Crimes Court.

Sizani, a former Early Childhood Development district co-ordinator for the Eastern Cape education department, siphoned off more than R1.2m after she created "ghost teachers" and pocketed their salaries between 2009 and 2010.

During the trial, a litany of state witnesses told the court that assumption of duty forms had been completed and signed off by Sizani for teachers to take up positions at various schools in and around Port Elizabeth.

According to the state, Sizani had signed off at least 16 assumption of duty forms before sending them to the department of education’s human resources department and then the finance department for payment.

#PankieSizani Magistrate Mputumi Mpofu has adjourned for 10 minutes to decide whether the accused will be remanded in custody as her status has changed. Sizani's lawyers have asked for her to be released on warning or R1000 bail @4everSiya reports.

#PankieSizani Magistrate Mpofu: I can not take away her passport, despite the fact that she's convicted. Her bail is going to be fixed at R5000.

#PankieSizani Magistrate has set aside July 1 and 2 for sentencing proceedings.

#PankieSizani says she's happy that she'll be released on bail and will not be kept in custody, "but the law must take its course," she adds. pic.twitter.com/rb0h0SOt29