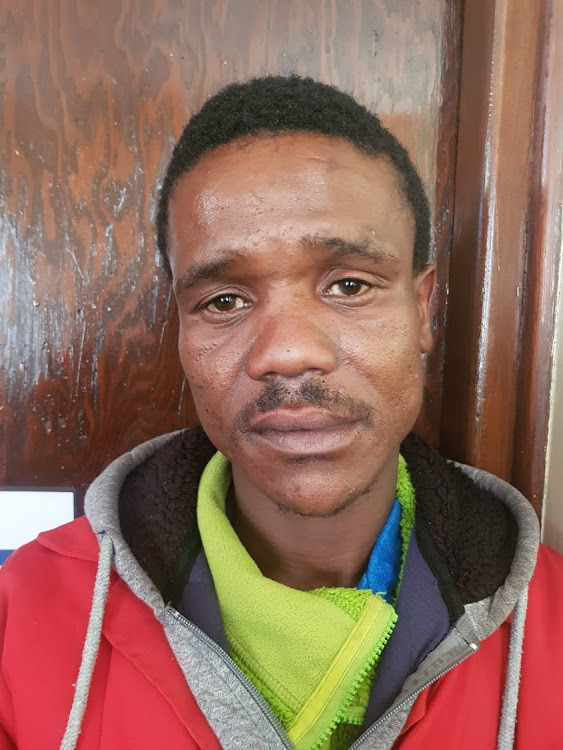 Sizwe Jika has a string of pending cases, including 3 murders linked to house robberies
Image: Supplied

The man accused of killing young mother Kelly Bain, of Brymore, as well as elderly Kamma Park resident Ann Smit is believed to have raped, tortured and killed another woman just weeks before as he embarked on a crime spree.

Sizwe Jika, 27, described by police as a habitual criminal, has been linked to the murder of Ann Ferreira, 83, who was beaten and strangled in her Summerstrand home in May 2018.

Police made the connection after Jika’s DNA, allegedly found on the scene, linked him to Ferreira’s murder.

In total, Jika now has 16 pending cases – for crimes allegedly committed between March and July 2018.

These include the three murders, a kidnapping and rape, and eight burglaries.

The robbery, kidnapping, rape, and one of the murder charges are linked to the attack on Ferreira.

On Thursday, Jika was charged in the Port Elizabeth Magistrate’s Court with Ferreira’s murder, when he was due to appear in connection with Smit’s murder.

Ferreira was found dead in the kitchen of her Kuruman Kloof Road home after police found her green Opel Corsa damaged and abandoned – with the registration plates and licence disc missing – in bushes near Despatch on May 13.

A postmortem revealed she had been strangled some time between May 10 and 13.

At the time, police sent DNA and fingerprints found inside the house to the forensic science laboratory in Cape Town.

The recently released results linked Jika to the crime scene.

Police spokesperson Colonel Priscilla Naidu said charges against Jika would include kidnapping, murder, theft of her car and robbery.

“The postmortem revealed she was raped during the attack. It is suspected she was in the garden when she was attacked and forced into the house during the robbery, which is where the kidnapping charge stems from.

“The motive is believed to have been robbery,” she said.

Asked if Jika was suspected to have operated alone, Naidu said leads were still being followed up.

Ferreira and Smit were killed about two weeks apart, with Bain’s murder following less than a month later.

Ferreira’s daughter Diana, who lives in Cape Town, said the family was relieved that there had been an arrest and that Jika was behind bars.

“It has been a very traumatic time for the family. We are so glad that there is an arrest but on the other hand it opens old wounds and we have to live with what happened,” she said.

Diana said that at the time of her murder, Ferreira had been preparing to move out of her Summerstrand home and into a retirement village.

“All of us [Ferreira’s family] have left Port Elizabeth and she was living alone in the house.

“The whole family came down to Port Elizabeth about three weeks before [the murder] and we all helped her get ready for the move.

“She wanted a few weeks to say goodbye to the house as it was the family home for several years,” she said.

“She was going to stay in Port Elizabeth because all her friends and church friends are there.”

Smit, 86, who was murdered two weeks before Ferreira, was brutally beaten with a hammer in her Martha Street home in Kamma Park on May 28 2018.

She died on June 26 from head injuries.

She had been discharged from hospital about a week after the attack but was readmitted a few days later due to complications.

Jika has been in trouble with the law since he was just 10 years old.

He escaped from the Walmer police station in September 2018 after he was arrested for Smit’s murder.

He had been held earlier in the day after he was spotted by police walking in Charlo with a friend.

Jika was rearrested in October 2018 in Aliwal North.

In February, he was arrested in St Albans Prison for the brutal murder of Bain, 26, who was stabbed to death at her Brymore home on July 25 2018.

The young mother was stabbed in the neck in front of her newborn baby during a botched robbery.

Bain’s fiance, Christopher Bonus, arrived at their Shabani Road townhouse moments later and grappled with the assailant, who managed to break free and escape.

His jail rap sheet shows that he has been arrested more than 30 times for various crimes, mostly in the Bay.

Ten of those cases were withdrawn over the years.

Jika’s case was postponed to May 24, when he is due to appear in the same court for the Smit and Ferriera murders. He remains in custody.