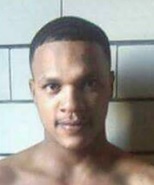 A suspected gangster wanted for murder has been shot and killed by the police.

Mohammed “Jiggly” Shakur, who police say was a Spot Bouer Gang member, was shot by the police’s elite National Intervention Unit (NIU), who are tasked to undertake anti-gang operations in the Bay’s high crime areas.

According to the police, the unit received information on Tuesday that Shakur was spotted with a firearm in Blesbok Street, in Helenvale.

Shakur allegedly ran when he spotted the police, which led to a foot chase.

"In Hartebees Street,  he turned around and was lifting the firearm to point at the police who were chasing him.

"He was shot in the leg and died on the scene,” a police official said.

Police spokesperson Col Priscilla Naidu confirmed the deceased was known to the police and was a wanted suspect.

Naidu said more details would be released by the provincial police head office later in the day.

Shakur, who was a suspect in a series of gang-related shootings and robberies, had a warrant out for his arrest for the murder of Remo Janaurie in February 2019.

Januarie, who was gunned down in Dinsmore Road, Schauderville, on February 27, died on the scene.

The intervention unit was deployed to the gang-ridden Helenvale area - as well as other high crime hotspots - after police Minister Bheki Cele launched an intervention plan in December amid public pressure for the police to curb ongoing gang shootings.

This, to assist current deployment which includes the Crime Combating Unit (CCU) and Visible Gang Intervention Team,  who deal with gangsterism and the ongoing violence in the area.