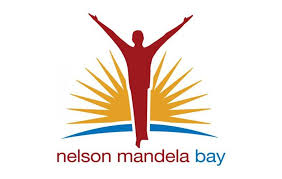 The Nelson Mandela Bay Municipality has received a R200m cash boost from the national Treasury that must be spent by June 30.

The money was a reward for the city's good spending performance over the 2017-18 financial year.

The R200m from the Treasury is money that other municipalities or government departments could not spend by the end of the financial year.

This was announced at a budget and treasury committee meeting held on Monday.

DA councillor Retief Odendaal, who was budget and treasury political head for the 2017-18 period, said this was as a result of the then DA-lead coalition spending 100% of its urban settlements development grant.

In a statement, Odendaal said: "The ruling ANC/EFF/UDM coalition of corruption will, however, not be able to spent the latest additional R200 million received from National Treasury.

"As of February 2019, the ANC-led coalition of corruption had only spent 30% of its capital budget for the current financial year.

"If the city does not utilise all of this additional funding by the end of the 2018/19 financial year, it will be forfeit to the national Treasury," Odendaal said.

"I want to say congratulations to the officials and councillor Odendaal for getting additional windfall two years in a row. It's no doubt that you have worked hard to ensure that budget is spent."

The Nelson Mandela Bay Municipality has received a windfall of R178-million as a reward for spending its full Urban Settlement Development grant ...
News
3 years ago

The Nelson Mandela Bay Municipality could lose the R178-million windfall from the national Treasury if it is not spent by June 30.
News
3 years ago

Budget windfall to be spent, thanks to support from ANC

Saved by the ANC, the Nelson Mandela Bay coalition government can finally start spending the R178-million bonanza from the national Treasury before ...
News
3 years ago