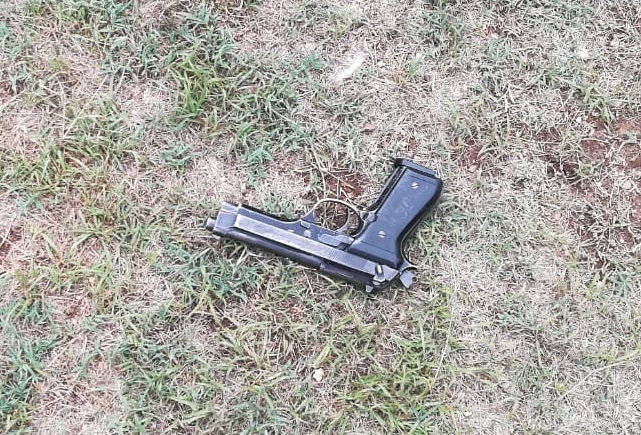 One of the firearms recovered was after a chase at the funeral of a suspect gangster.
Image: supplied

Five firearms were recovered over the weekend, two of which were used at the funerals of two suspected gangsters in Port Elizabeth.

Police spokesman Captain Andre Beetge said that police were monitoring the funeral of Siyabonga Ngcolombe and Mkhuseli “Khusta” Yani, 40, when shots were fired in Motherwell on Saturday.

Yani’s murder is possibly to be linked to the spate of SMME killings in the Bay since January. Police arrested a 40-year-old suspected hit-man on Friday for his murder. The man is due to appear in the Motherwell Magistrates Court on Monday.

Ngcolombe memorial was at this house in Ahmed Street and Yani’s funeral was at his home in Chalumna street.

Both were buried at the Motherwell Cemetery.

Beetge said that police were monitoring the funerals when shots were fired in the air. The first shooting occurred shortly after midday in Chalumna Street.

“Members from the National Intervention Unit and Motherwell police made their way through the crowd who blocked the streets as apart of the funeral procession,” he said.

More than 40 spent bullet cartridges were found scattered across the road near the house where the memorial was being held. 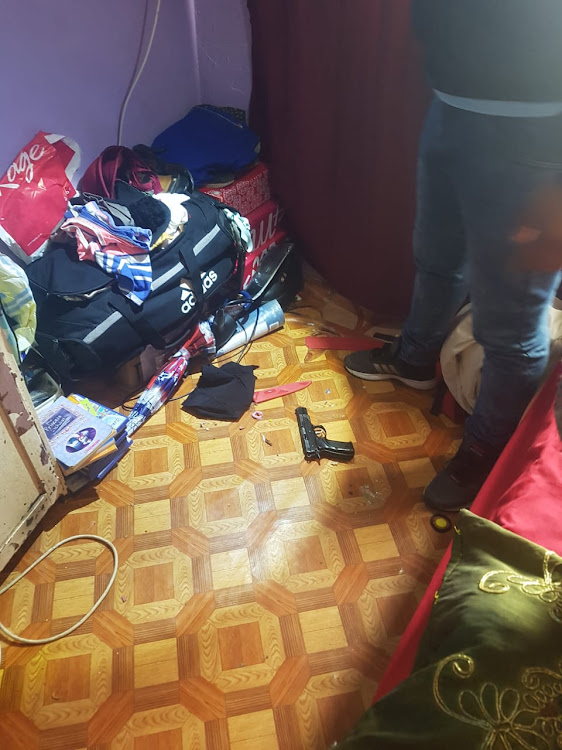 Another one if the firearms that was recovered over the weekend.
Image: supplied

“As the police approached, one of the gunmen began to run away. Police gave chase and cordoned him inside a nearby yard. The 22-year-old man surrendered and threw the firearm to the ground.”

Within 30 minutes of the shooting, more gun shots rang off at Ngcolombe’s funeral in Ahmed Street - about 3km’s away.

“The house was raided and a loaded firearm inside the house on the floor. “No one was at home at the time of the raid,” he said. “The weapon was confiscated and sent to the forensic unit for testing.”

In another bust, at about 11am, police pulled over a Mazda 323 in Vinqi St, Zwide “Four suspects were ordered to lie on the ground while the car was searched. Two loaded firearms were found inside the vehicle.”

All four were arrested.

Beetge said it was unclear if the men were headed. Beetge said that the monitoring of gangster funerals was part of the police’s attempts to clamp down on gangs.

Police have revealed that at gangsters funeral, it is common for several shots to fired as part of the memorial service for the deceased.The police have increased their presence and the monitoring of alleged gangster funerals. 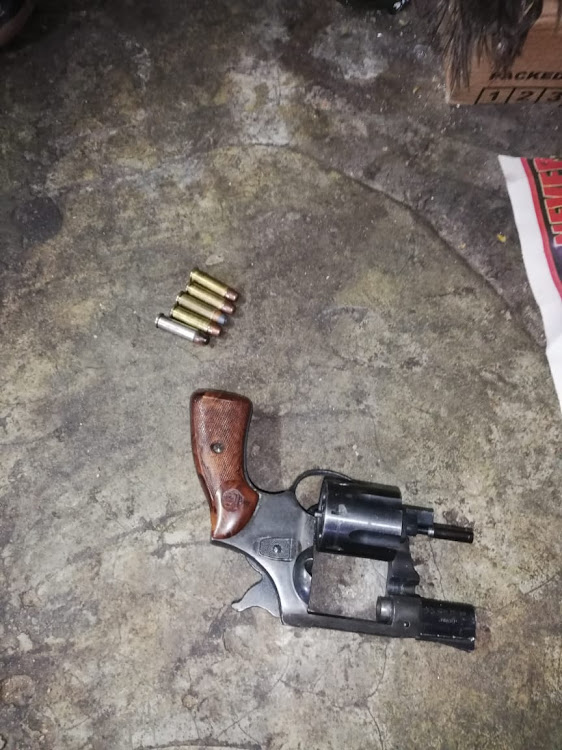 A revolver was recovered over the weekend.
Image: supplied

In an unrelated bust, police recovered a firearm stolen from Gidana Arms in Bank Street, Port Alfred, when they raided Lolly’s Shop in Shilowa Street, Soweto-on-sea.Fifty guns were stolen from Gidana Arms in October 2018 during an armed robbery at the dealership. More than 10 of the firearms have since been recovered and several remain unaccounted for.“Police recovered a tip off of a firearm at the shop. As police arrived, the owner pulled the weapon on the officials and was ordered to surrender. He complied and handed over the firearm which was found to have been stolen from a Port Alfred gun shop.”

Cluster commander major-general Dawie Rabie said that efforts to curb gun-related crimes were ongoing. “We urge residents to come forward with information so that we can get these firearms off the streets and arrest those using them to commit crime,” he said.

All the suspects are due to appear in the Motherwell and New Brighton Magistrates Court respectively.