Vehicle ambushed at traffic intersection in Malabar on Wednesday 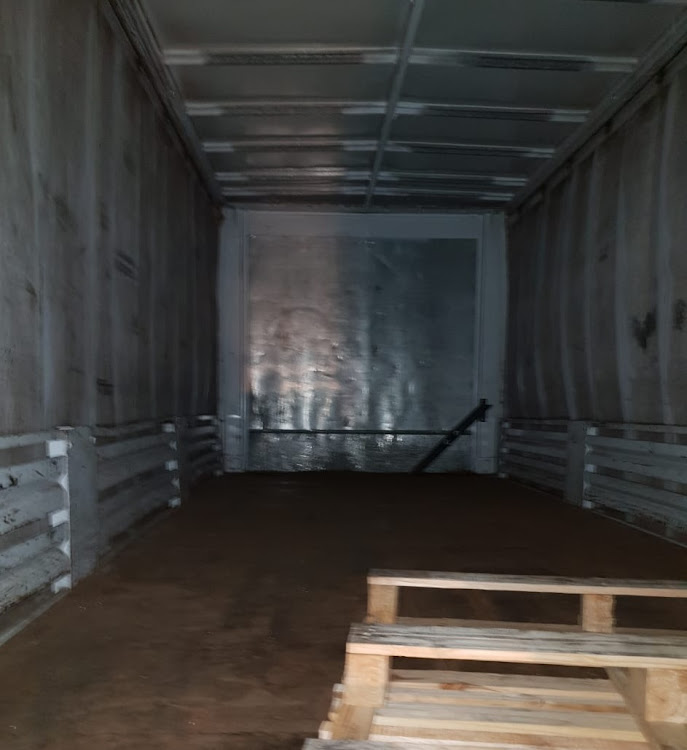 The back of the truck which was located two hours after being hijacked. All the stock was stolen.
Image: supplied

A  delivery truck transporting more than R700,000 worth of cigarettes was hijacked in Malabar, Port Elizabeth, at about 6pm on Wednesday.

The empty courier truck was found abandoned on the M19 between Port Elizabeth and Uitenhage at about 9pm -after about 200 boxes of cigarettes were stolen.

“According to the driver, he stopped at a traffic intersection and was approached by a gunman who climbed into the truck.

"Both the driver and his assistant were held at gunpoint while the driver was forced to drive towards the Missionvale area,” he said.

“At one of the side-streets in Missionvale, the driver was ordered to stop and pull the truck off the road.

"During the hijacking, a Polo with another three suspects followed them.”

Rheeder said after the hijackers had brought the vehicle to a halt, the driver and his assistant were forced into the Polo and driven to Perseverance where they were bundled out of the van.

“They were threatened and told to remain in the bush, until the suspects had  left.

"After they sped off, the hijack victims managed to walk to a road and wave down a passing motorist. They in turn alerted the police,” he said.

Rheeder said no one was injured in the incident.