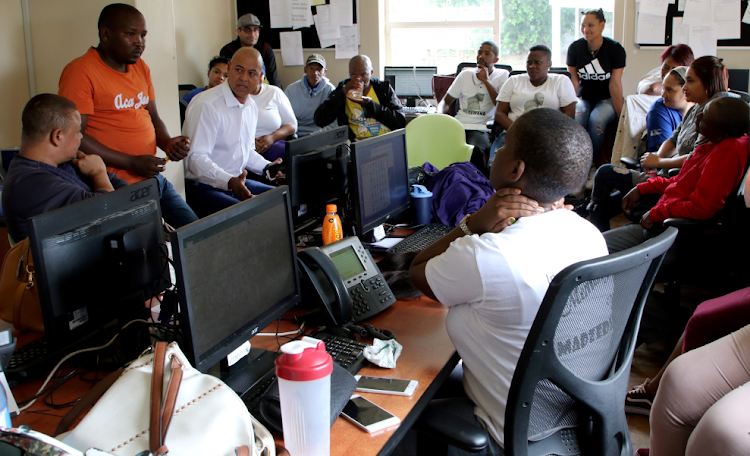 Nelson Mandela Bay's service delivery call centre is back open, the municipality and workers have confirmed.

This, as mayor Mongameli Bobani instructed the city's administrators to ensure that contracts for the 32 call centre staff be drawn up by Wednesday.

The staff, who are contracted to the municipality through a recruitment agency, had not answered any calls from the public since Friday.

The workers downed tools, saying the municipality has not followed through on its promise to hire them permanently.

In a statement on Tuesday, municipal spokesman Mthubanzi Mniki said the call centre was reopened.

"This follows an hour long meeting between the executive mayor and the call centre staff about their grievances.

"The Executive Mayor has instructed the Acting City Manager [Peter Neilson] to resolve the grievances urgently.

"Tomorrow the Executive Mayor has committed to again meet with the call centre staff to give an update on the matter," Mniki said.

One of the call centre workers, who declined to be named for fear of being victimised, said: "The mayor pleaded with us to resume work as he made his promise that by tomorrow (Wednesday) all the necessary arrangements will be done ensuring that the staff receives the contracts until the council sits on the 28th of February.

"So the staff agreed to resume until the mayor comes back to us tomorrow and if he doesn't meet his mandate by tomorrow we will then start again where we left off".

Bobani said: "We would like to apologise to the residents of the city for the inconvenience. I have instructed the acting city manager to resolve this issue. It is unacceptable that our residents must suffer because of people who don't take their jobs serious."