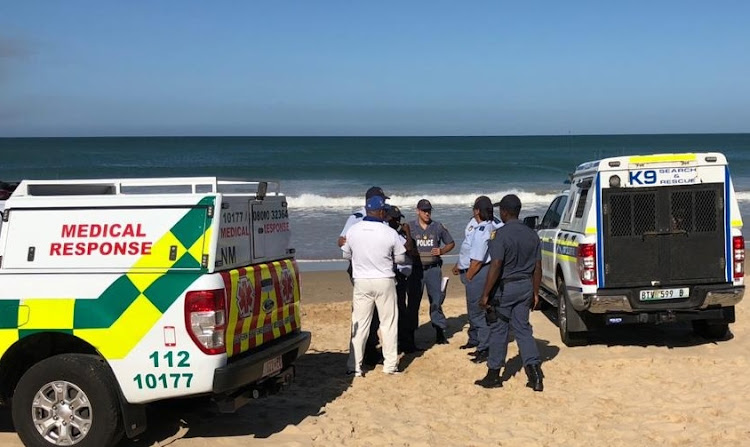 A 28-year-old man from Uitenhage drowned shortly before 4pm at Pollok Beach in Summerstrand on Sunday.

Lifesavers managed to pull him to shore where several attempts to resuscitate him failed.

Metro medics arrived on the scene and declared him dead.

Police spokesman Warrant Officer Alwin Labans said that the man was swimming with a group of friends when he was swept out to sea.

“The lifesavers who were further down the beach had been alerted and jet ski’s were sent to assist. The police were also sent to assist,” he said.

“The man was found unresponsive out at sea and brought back to shore where several attempts to revive him failed.”

Labans said that the man’s identity was being withheld until his next-of-kin had been informed.

The drowning happened close to the popular surfing spot known as Pipe.

“At this section of beach, there are no lifesavers and the demarcated swimming area is further along the beach. It is unknown why they chose to swim at that precise location,” Labans said.

“We urge beach goers to swim within the demarcated areas at all times. This is for your own safety.”

An inquest case is under investigation.