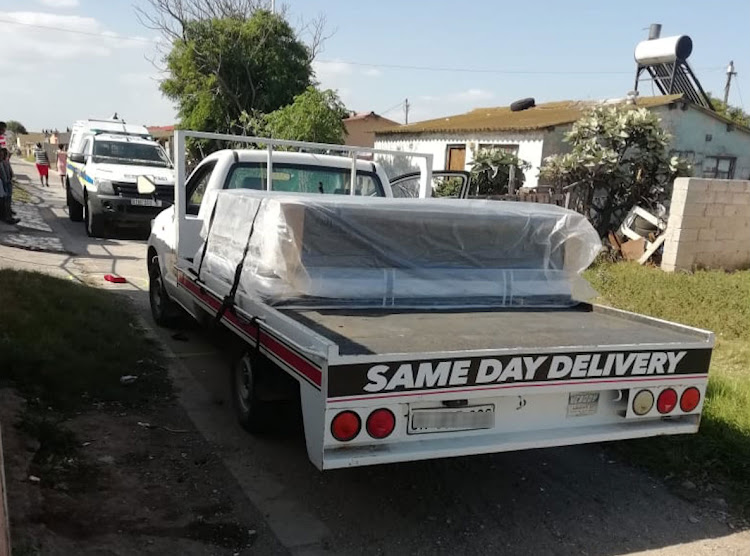 Police recovered a hijacked delivery van within minutes of the incident
Image: Supplied

Police spokesperson Captain Andre Beetge saidthe Lewis truck stopped outside a house in Magi Street, Zwide to deliver a mattress at about 3.20pm.

Three men in a Volkswagen Golf pulled up next to them.

“When the car stopped, two occupants got out while the driver remained in the Golf. The two men walked up to the delivery vehicle and threatened the driver and his assistant,” Beetge said.

“The assistant was forced out of the vehicle and two suspects then got into the delivery vehicle and forced the driver to drive.”

Beetge said the Golf followed the delivery vehicle when they drove off.

“The assistant managed to call the police and raise the alarm. Within 10 minutes of the hijacking, the car was spotted by police in Boxongo Street, Kwazakele. A short chase ensued when the hijacked driver slammed on breaks,” he said.

“The two suspects then jumped out and ran off. Police gave chase but they managed to flee between several houses.”

Beetge said the suspects dropped the firearm as they fled

“After the firearm was recovered, it was found to be a toy firearm. A realistic looking replica,” he said.

The driver sustained minor injuries from being pistol whipped.

A case of hijacking is being investigated.