Treasury in 'state of mourning' after Nhlanhla Nene was fired 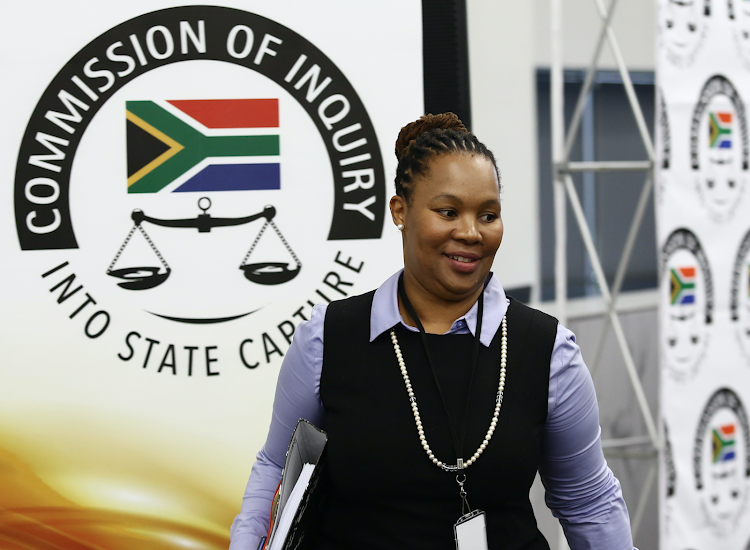 Former National Treasury communications chief Phumza Macanda said the institution was "in a state of mourning" after Jacob Zuma sacked Nhlanhla Nene as finance minister in 2015.

Testifying before the state capture inquiry on Monday‚ Macanda said she was on sick leave when the former president reshuffled his cabinet on December 9 that year.

"We were in shock. There was almost a sense of mourning within Treasury that morning. A lot of us did not know how to make sense of the developments. We were just standing around talking to each other‚" Macanda said.

Nene was replaced by state capture-implicated Des van Rooyen. Former Treasury director-general Lungisa Fuzile previously testified that he called Van Rooyen the morning after Zuma announced his appointment and asked about releasing a media statement to address the market crash that followed the reshuffle.

Macanda said she was present during the call.

"The market reaction to the axing of [Nene] was quite negative. The stock exchange was down. The rand had depreciated ... We felt such a statement would need the approval of the minister‚" Macanda said.

She said Van Rooyen told Fuzile that there was a statement already drafted and that Treasury did not need to worry.

"He said he would provide the statement to Fuzile later ... We did not know what was in the statement ... Our expectation was that the minister would work with us‚ that he would give us his approval to start drafting a statement‚" Macanda said.

The rand crashed 2.5% on the British pound and 1.39% on the US dollar after Nene's removal was announced.

She said he approached her at the Union Buildings in Pretoria‚ where Van Rooyen was being sworn in on December 10 2015.

"He informed me that he was the adviser to the new minister. He introduced himself. He asked me what my job was and I explained it to him.

"He then said to me that no statement goes out without [his] approval. He said every statement must be approved by [him] and the minister. He was a little aggressive with me. His manner was quite aggressive and almost hostile‚" Macanda said.

Bobat’s interaction with Treasury officials has become a key feature at the inquiry.

It is believed Bobat and Ian Whitley‚ who served as Van Rooyen’s chief of staff during his four-day stint as finance minister‚ had no interaction with Van Rooyen before his appointment.

It is believed the pair were deployed by the Gupta family to aid Van Rooyen at Treasury.