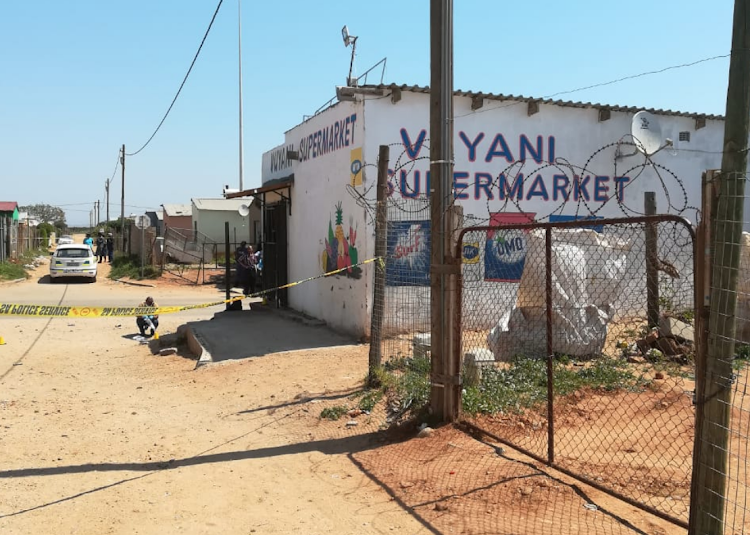 A Fidelity Security guard was shot and killed in what police suspect is an attack to steal his firearm.

The incident happened at 10:45am on Tuesday when the 40-year-old guard, who is a contract armed escort for the Clover Dairy delivery vehicle, was attacked during a routine delivery.

Police spokesperson Captain Andre Beetge said that the incident happened at the Vuyani Supermarket at the corners of Manga Street and Ntsanyana Street in Motherwell.

“The driver and an assistant were doing a delivery at the store. Their  armed escort had gotten out of the vehicle and was standing at the store door so that he could view both inside and outside the shop. While standing at the door, four men walked into the shop posing as potential customers. As they entered, one of the men produced a firearm and shot the guard on the head.”

Beetge said that as the shooting happened, the suspects grabbed the guards 9mm firearm and left.

“After the shooting, the driver and his assistance sped off in the delivery vehicle and drove to the police station. The suspects then fled on foot with the guards firearm,” he added.

Police have launched a manhunt for the suspects and have appealed to anyone with information to contact Warrant officer Rynhardt Marks from the Motherwell Cluster Serious and Violent Crime Unit on 082 442 0962.