Vytjie Mentor: Gupta brother pressured me to meet with Zuma in China 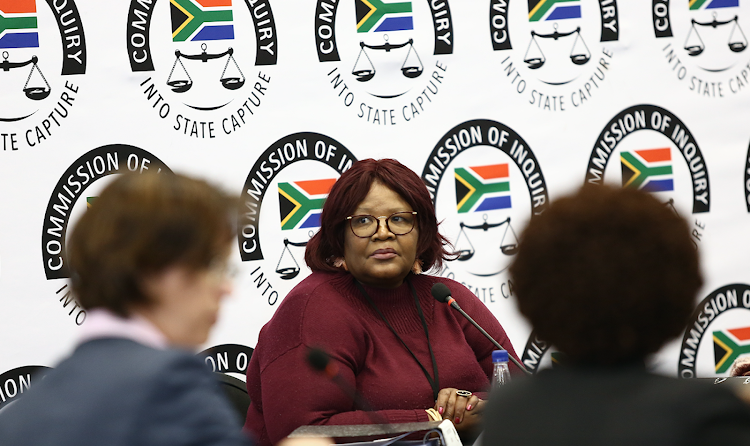 Former ANC MP Vytjie Mentor has described how she refused one of the Gupta brother's requests to meet former president Jacob Zuma during a 2010 state visit to China.

She spent most of the morning describing her first encounters with the Gupta brothers during the trip - which was organised by the Department of Trade and Industry for an investment conference with China.

When she arrived in China‚ Mentor said‚ she proceeded to a hall to collect her accreditation for the conference.

"Because I was late‚ the hall was filled with people moving around. I looked around and I spotted the gentleman (Rajesh Gupta) that [Duduzane Zuma] had introduced to me on the flight to China. He led me to a table where I was accredited.

"I proceeded to a meeting place where the issues like house rules were laid out; that’s a separate hall from where the accreditation was being done. In this place‚ [trade and industry minister] Rob Davies did the first remarks.

Earlier on Monday‚ Mentor said that Duduzane Zuma‚ son of Jacob Zuma‚ approached her on her flight to China and introduced her to Rajesh Gupta and Fana Hlongwane.

"Davies handed over to the person who I later came to know is a Gupta brother. They (the Gupta brothers) wore tags around their necks that officialised them in a weightier manner than other people. From time to time‚ Davies would defer to them to address the proceedings."

Mentor‚ who at the time served as chairperson of the portfolio committee of public enterprises‚ said South African ministers at the meeting greeted her with a cold reception‚ which "unsettled me and unnerved me".

Because of her isolation from the meeting‚ Mentor said she decided not to attend a banquet dinner later that evening‚ and instead retreated to her hotel room.

"My room phone rang and a lady from reception informed me that people were asking for my room number and would like to talk to me. I asked her to describe them to me. She said they were two men‚ she said they were Indian-looking.

"The person on the telephone identified himself as a Gupta. He may have said his name‚ what stuck to my mind was the surname. He told me that he was sent by Zuma to fetch me to drive me to meet Zuma at the Chinese state guesthouse where he was put up and he told me the president would like to meet me before he [would] head to the state banquet‚" Mentor alleged.

"I was concerned. I asked this person how he knew the hotel I was put up in. He went on to give me information that was to convince me that indeed he is part of the state visit‚ indeed he is South African and indeed he was sent by the president."

Mentor said she refused to travel with strangers in a foreign country and had feared for her safety.

"He (the Gupta brother) became a little bit aggressive in tone and at one point he said he was going to call the president and tell the president I am refusing to meet with him.

Mentor said she cut her trip short thereafter and returned to South Africa.